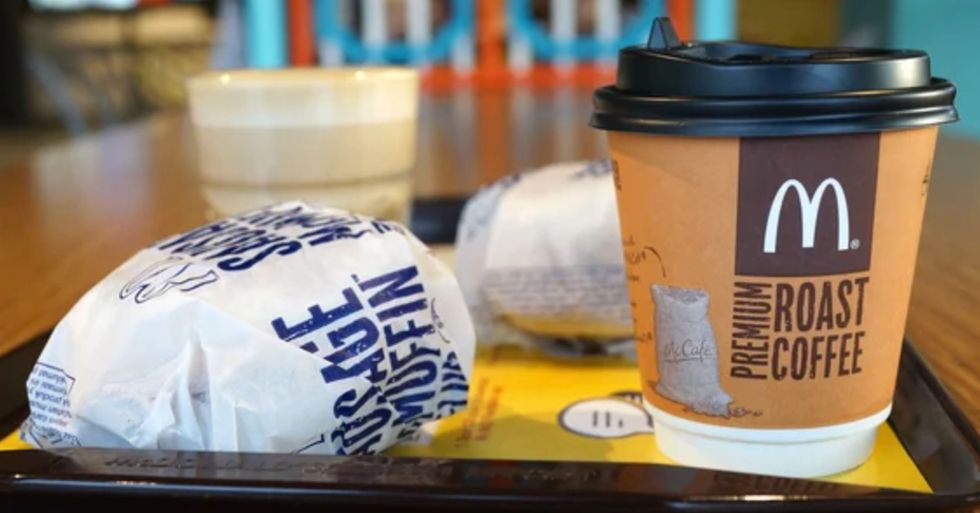 With the current pandemic, doing the simplest of tasks might have become a worry for you. Things, like going to the park or the shops or even going out to grab food, have become more difficult.

But, for all those who are fans of the McDonald's McMuffin then you need not worry anymore.

McDonald's has shared a recipe so that you can make it from the comfort of your own home.

Keep reading to find out how...

As the pandemic is progressing, simple tasks are becoming more of a risk.

And fears are beginning to spread.

And although there are some travel restrictions in place, the US is not in lockdown.

But some people are limiting being outside regardless.

And if your one of those people who is wanting to stay at home more.

In the hope that it will help stop the spread.

But, if one of the things you will miss the most is McDonald's, then you need not worry.

As the golden arches have got us covered.

McDonald's has shared a recipe so that you can make its McMuffin at home.

And it's pretty easy.

McDonald's shared the recipe card of the Sausage and Egg McMuffin.

Meaning you can still enjoy the iconic meal from the comfort of your own home.

And to make it even better...

Most of the ingredients are ones that you might have lying around anyway.

To get making your very own, you will only need four ingredients.

And if you're wanting to make it even better...

Then grab a potato and you can make your own hash browns as well.

Here's how to begin making your McMuffin masterpiece.

Start by toasting your muffin until its golden brown.

Grab 75g of sausage meat and season with salt and pepper.

Shape it into little patty shapes and then cook under a preheated grill for six to seven minutes or as per instructions on the packaging.

Then start on your eggs by brushing the inside of a metal ring with oil, then placing it in a frying pan.

Pour in just enough water to cover the base and crack your eggs in. Cover them over with a lid and cook for two to three minutes.

The final step is to assemble your McMuffin.

Not forgetting to add your cheese slice.

And if you're wanting to take it one step further.

Then here's how to make the perfect hash brown to go alongside.

Start by grating your potato in a bowl.

Once grated mix in an egg and season with salt and pepper.

Heat your frying pan and add some oil.

Then add in spoonfuls of your mixture and cook until golden brown.

There is one important thing to remember though.

And of course, to make it tastes great...

Check that your food is piping hot throughout before serving.

Will you be giving it a go?