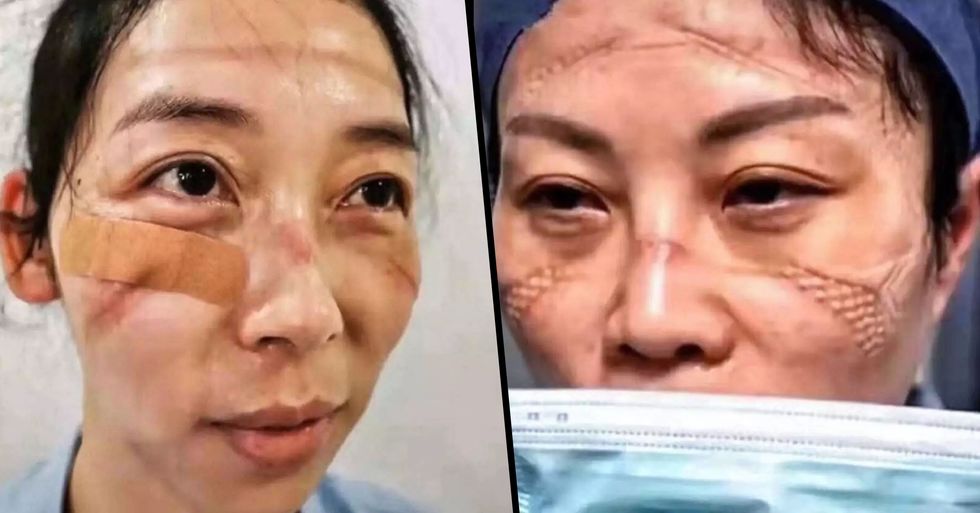 But now the true heroes of the crisis have shared some truly shocking pictures.

They also wrote this...

The symptoms can be deadly...

The virus continues to spread, and traces of the disease have already been discovered and in at least 23 other countries including Thailand, South Korea, Taiwan, Saudi Arabia, and Japan.

There are currently eleven active cases being monitored in the US, but because of the speed of mutation, it has also spread across the nation to California.

And the majority have been donning face masks in an attempt to lessen the chance of catching or spreading the virus. But these masks are no picnic - and now medics have shared some pretty shocking images.

Those working in Wuhan have shared the effect treating coronavirus has had on them.

And the pictures are absolutely brutal!

The persistent use of protective facial masks has created deep wounds on many of the medical staff's faces.

The images are being shared on social media.

And they really depict the heroic efforts of those working to treat the virus.

Alongside the painful indentations ...

And by preventing themselves from becoming infected?

The heavy protective gear plus tightly fitted facial masks are causing injuries of their own.