Meet the Goliath Birdeater, the Largest Tarantula in the World | 22 Words 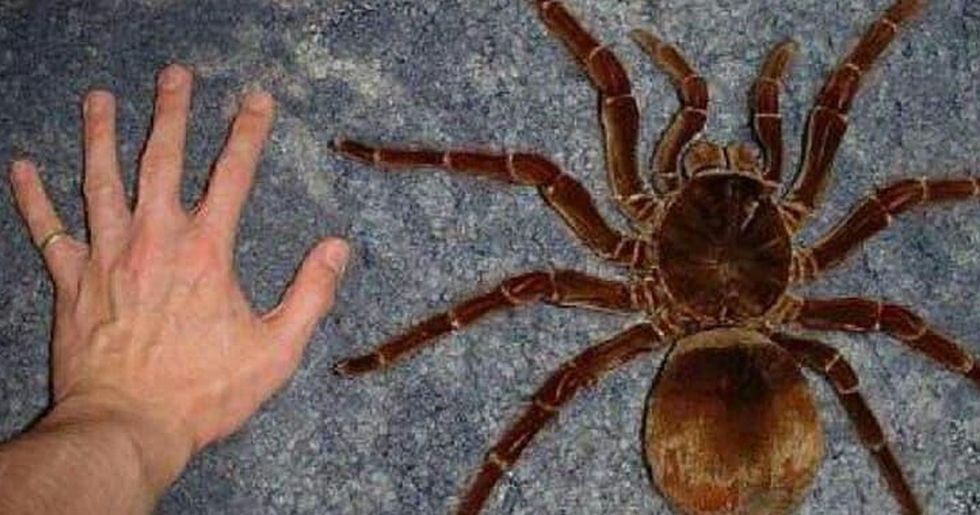 Meet the Goliath Birdeater, the Largest Tarantula in the World

We intend to change that. We're going to give you a rundown of this natural, albeit creepy, eight-legged phenomena.

If you’re scared of spiders....

This article probably isn’t for you. But, if you can, attempt to rein it in until the end. Spiders are really interesting creatures.

They populate every continent and there are over 30,000 named species of spiders around the world. So get used to them.

Arachnophobia is rife. And it’s always been so. This is probably left-over evolutionary anxiety from when a spider bite could put your cave-dwelling tribe in danger, but it isn’t really relevant any more.

Arachnophobia (1990) prompted an international "itchy feeling" down the arms of the movie-going public.

Eight Legged Freaks is a masterpiece. Just watch this scene and tell me it isn’t up there with Tarkovsky and Kubrick.

Who could forget this classic character from Lord of the Rings.

Earth vs the Spider - movie titles were just better back then.

Spiders aren’t going to take over the world and they come in amazing shapes and sizes.

Some are brightly coloured.

Some are seriously poisonous.

Some are hard to spot.

Some utilize the element of surprise.

Like the Trap-Door Spider, who spooks an adorable David Attenborough.

Some go out raving.

Like this net-caster, fully kitted out - neon for the forest rave.

Some have detachable genitals.

Like Darwin’s Bark Spider, which leaves its successful parts inside the female to prevent subsequent flings.

How crazy is that?! He’s gone pescatarian.

And some, like the hero of our story, are f*cking massive.

Here she is, The Giant Goliath Spider.

They’re the biggest in the world.

Its body length can reach over 11cm (4.5 inches). To put that into perspective, that’s roughly the width of a toilet bowl.

Okay, not entirely like Dr Who, but they can grow back missing limbs.

Goliath Spiders, like many Tarantulas, shoot barbed hairs from their abdomen as a defence mechanism.

The males don’t last long after mating; nature deems them unimportant and they die having fulfilled their purpose.

But also large insects and even small rodents.

They live in burrows.

And use vibration sensors on their feet to sense the proximity of prey.

They won’t kill you.

But they are capable of biting you, and whilst the venom isn’t lethal, it does really hurt.

In parts of Guyana, fried tarantula is a delicacy.

So bear that in mind if you’re considering opening your own gentrified Guyana street food stall outside the local gallery.

Most Goliath Spiders live far away from potential predators. And scientists say that conservation is going well, upholding a stable population.

By rubbing hairs together on their legs and head. I’m afraid we couldn’t find a recording.

People keep them as pets.

Strange people, yes, but people none the less.