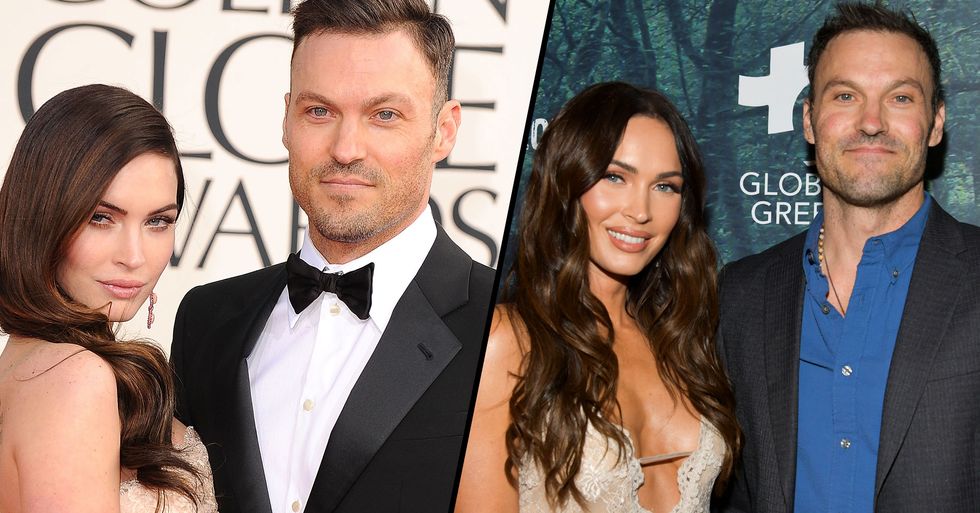 Megan Fox and her childhood sweetheart, Brian Austin Green haven't exactly had the easiest of relationships. After splitting once before during their 10-year marriage, it seems as though the pair are finally calling it quits.

This news comes just days after Megan was spotted in a car with Machine Gun Kelly, and Green has finally spoken out about why they've decided to go their separate ways.

Fox played Mikaela Banes, love interest of Shia LaBeouf's character. However, she was dismissed from the franchise after comparing working under director Michael Bay as like working for Hitler.

Alongside her acting talents ...

Fox is also known for something else - being super sexy. In fact, Fox has complained about the way she was objectified by Hollywood in her youth.

The pair have 3 kids.

It's clear Fox loves being a mom.

In August 2015, Fox and Green split briefly after 5 years of marriage.

They filed for divorce 2 days later, after “irreconcilable differences." Just 8 months later, Fox revealed that she was expecting her third child with Green, which prompted the duo to get back together.

But sadly, it now appears to be the end of the road for the childhood sweethearts...

Brian Austin Green confirmed on Monday that the couple of over 10 years has finally called it quits.

Green spoke about Kelly, whose real name is Colson Baker.

Revealing, “She met this guy, Colson, on set … I’ve never met him … Megan and I have talked about him. They’re just friends at this point."

“I trust her judgment, she’s always had really good judgment," he said of the pair, adding, “I don’t want people to think her or he are villains or that I was a victim in any way."

It appears they were both in agreement...

The estranged pair’s separation came after they were both spotted without their wedding rings, on two occasions while out shopping separately.

Fox and Colson have been spotted getting chummy in a car amid the breakup of Fox and Green's marriage. It was speculated that the pair were “staying in separate homes" during the pandemic.

Green revealed the breakup in a new episode of his podcast titled “Context," take a look at his side of the story below...

He referenced the photos of Fox and Machine Gun Kelly that surfaced over the weekend and revealed that since the end of 2019 they’ve “really been trying to sort of be apart." Keep scrolling to find out why celebrity couple Miley Cyrus and Liam Hemsworth split...