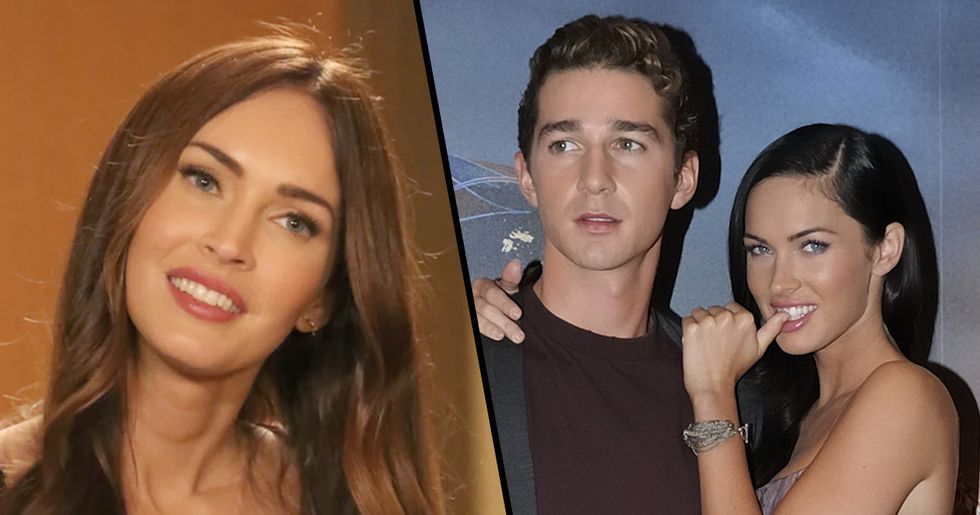 Even though it's been 11 years since Transformers debuted on the big screen, people are still hungry for behind-the-scenes gossip of what really happened on set.

Megan Fox recently went on Watch What Happens Live With Andy Cohen and played "Plead the Fifth," a game akin to truth or dare. Cohen asked Fox about a 2011 interview in which she claimed that she and Shia LaBeouf had been romantically linked during the filming of the movie.

And here's what she said...

Fox blew everyone away with her response.

"I mean I would confirm that it was romantic... I love him. I’ve never been really quiet about that. I love him," she said. WHOA.

Watch it for yourself in the video below.

Andy Cohen then asked her very directly, "it was an on-set romance that didn’t go anywhere afterward?" and Fox confirmed with a "Yeah."

Fans of the franchise have wanted to see the pair together for a long time, so this is a major reveal.

Unfortunately for fans of Shigan (the celebrity portmanteau name I just made up for them), Fox is now happily married to fellow actor, Brian Austin Green. They've been together in 2010.

Fox has gotten heat online from people who say she lets her little boys wear their hair too long. “I let my kids wear what they want!" she recently told TODAY.

No one can deny her kids are absolutely gorgeous.

And we love that she defends their ability to dress and style themselves the way they want. Way to go, Megan!