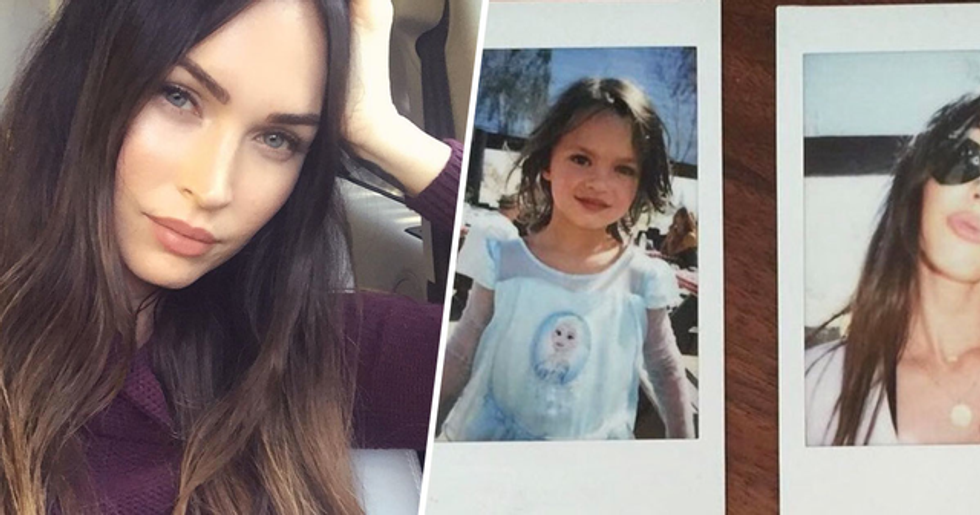 More and more parents are eschewing rigid gender structures when raising their kids. Allowing children to choose their own identity can be as simple as letting them choose the toys they want to play with. But actress, Megan Fox, has taken things a step further.

Fox's son, Noah, has been spotted by paps (and shown off on his mom's Instagram) wearing clothing that's stereotypically reserved for girls. And, in the midst of public outcry, Fox has doubled down, defending her (potentially controversial) choice.

Fox played Mikaela Banes, love interest of Shia LaBeouf's character. However, she was dismissed from the franchise after comparing working under director Michael Bay as like working for Hitler.

Alongside her acting talents ...

Fox is also known for something else - being super sexy. In fact, Fox has complained about the way she was objectified by Hollywood in her youth.

Their relationship hasn't been plain sailing, though.

Fox has found the love of her life.

And the fact he's also her childhood sweetheart makes things even cuter!

The pair have three kids.

It's clear Fox loves being a mom.

But there's one who's gained a lot of attention.

Noah, her eldest child, has found himself the unlikely subject of an online debate in recent weeks.

It started when she posted an image of Noah on the beach.

It seems pretty innocuous, right? But some were quick to notice Noah was wearing a wetsuit with pink accents. Pink! The color for girls! And he's a boy! *eye roll*

And things got even more controversial.

Fox has also posted this collage of her kids, in which Noah is seen wearing a blue Frozen-branded dress.

And most out-there of all?

Fox was then spotted out and about by paparazzi - and son Noah was wearing a pink tutu.

As you may expect this led to a fair amount of uproar.

Many (narrow-minded) individuals thought the fact a boy was wearing clothes stereotypically reserved for girls was seen as pretty shocking stuff.

And now Fox has spoken out about the controversy.

Speaking on the chat show The Talk, Fox addressed the situation and defended her decisions to let Noah wear whatever he likes.

She was happy to discuss Noah.

"Sometimes, he'll dress himself and he likes to wear dresses sometimes."

"We're going through that now, where I'm trying to teach him to be confident no matter what anyone else says."

"He came home and I was like, 'How was it? Did any of the friends at school have anything to say?' And he was like, 'Well, all the boys laughed when I came in,' but he's like, 'I don't care, I love dresses too much.'"

Many spoke out in support of Fox.

A Facebook user said, "The kid gets to choose his own style. And if that is a dress, give the kid a dress. This lady is showing what a good parent should show. If you are a parent denying your kid to wear what he wants, rethink why you got children because something is terribly wrong with you."

And if you want to hear more about Megan Fox's love life, keep scrolling to see what happened behind the scenes with Shia LaBeouf.