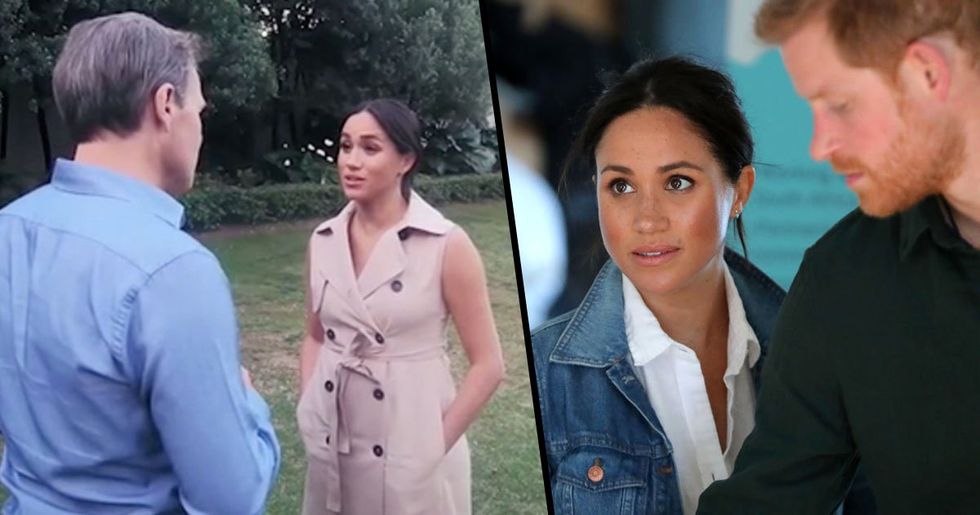 The Duke and Duchess of Sussex are one of the most high profile couples in the world. But now it seems after weeks of emotional strain, the couple are planning to take a well-earnt "6-week break."

The news comes just weeks after it was announced that Prince Harry decided to take legal action against the British tabloid newspaper, The Mail on Sunday, after it published a private letter that Meghan wrote to her estranged father. Shortly after, a tear-jerking clip of Meghan opening up about her struggles for an upcoming emotional ITV documentary started doing the rounds on Twitter.

All-in-all, it's no secret that, since becoming a part of the royal family, the former actress has received her fair share of abuse and hate amongst the love and admiration. Keep scrolling to learn more about why the couple is set to take a break.

The Duke and Duchess of Sussex have worked tirelessly together to fulfil their royal duties...

And it seems that British tabloid paper, The Mail on Sunday, took things a step too far by publishing an intimate and private letter that Meghan wrote to her father.

The Duke and Duchess, therefore, recently decided to take legal action against publishers of the Daily Mail.

It's being taken very seriously...

"There comes a point when the only thing to do is to stand up to this behavior because it destroys people and destroys lives. Put simply, it is bullying, which scares and silences people. We all know this isn’t acceptable, at any level. We won’t and can’t believe in a world where there is no accountability for this."

He expressed how his deepest fear is "history repeating itself..."

"Though this action may not be the safe one, it is the right one. Because my deepest fear is history repeating itself. I’ve seen what happens when someone I love is commoditized to the point that they are no longer treated or seen as a real person. I lost my mother and now I watch my wife falling victim to the same powerful forces."

The legal case is being privately funded by the Duke and Duchess, and any proceeds from damages will be donated to an anti-bullying charity.

Harry concluded his statement with: "We thank you, the public, for your continued support. It is hugely appreciated. Although it may not seem like it, we really need it."

The case is about to begin...

Speaking to E!, a spokesperson for The Mail on Sunday said: "The Mail on Sunday stands by the story it published and will be defending this case vigorously. Specifically, we categorically deny that the Duchess' letter was edited in any way that changed its meaning."

Shortly after, a heartbreaking clip of Meghan opening up about her struggles surfaced online.

The Duchess was speaking as part of an upcoming  ITV documentary, airing in the UK tonight, and scheduled to air here in the U.S. on Wednesday.

She also spoke matter-of-factly about the realities of being a new mother.

“Any woman, especially when they’re pregnant, you’re really vulnerable, and so that was made really challenging. And then when you have a newborn, you know. And especially as a woman, it’s a lot," she explained. “So you add this on top of just trying to be a new mom or trying to be a newlywed. It’s um…yeah. I guess, also thank you for asking because not many people have asked if I’m okay, but it’s a very real thing to be going through behind the scenes."

People said they were "devastated" by the clip...

Others pointed out the sadness in her eyes.

Over the weekend, it was announced that the royal couple will be taking a much-deserved break.

They are reportedly planning a "6-week-break" from royal duties over the festive period.

The break is reportedly for some "much-needed family time."

According to Metro, the couple are looking forward to their first Christmas with baby Archie and are expected to join the Queen and other members of the royal family at Sandringham in Norfolk. It is understood they will fly to Los Angeles next month to spend Thanksgiving with Meghan’s mother, Doria Ragland.