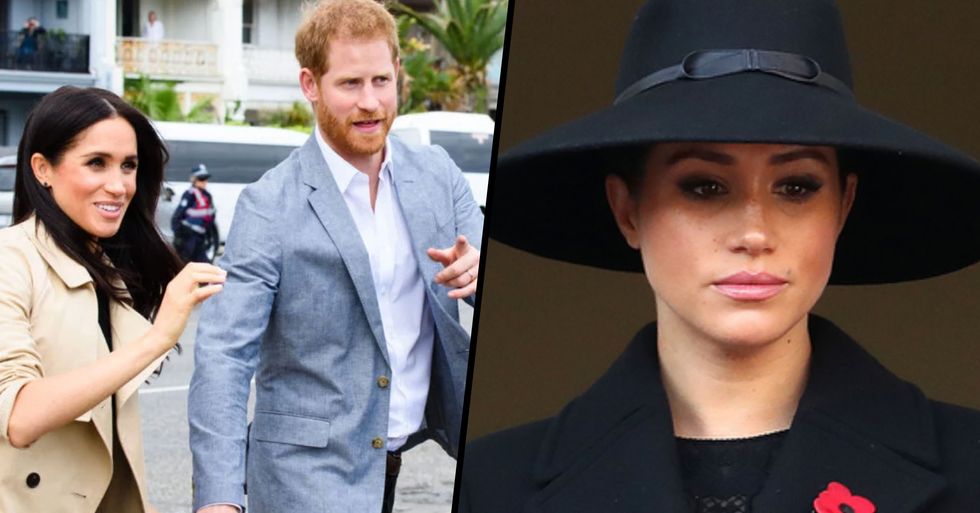 Meghan Markle and Prince Harry are in the midst of a complete media firestorm.

Since their shock announcement, in which they declared they were stepping down as senior members of the royal family, the couple has been hitting the headlines non-stop.

And now, the couple's decision to step back from the royal family has emerged to be a lot more serious than we expected.

The Queen released a statement, which read, “My family and I are entirely supportive of Harry and Meghan’s desire to create a new life as a young family. Although we would have preferred them to remain full-time working Members of the Royal Family, we respect and understand their wish to live a more independent life as a family while remaining a valued part of my family."

A family friend has made some shocking claims this week...

It turns out that Meghan's decision to step down from the royal family was a matter of "life and death".

According to a friend, Meghan has been struggling immensely under the pressures of royal life, despite holding a brave face in front of the press.

She has no longer been herself...

Speaking to MailOnline, the anonymous friend said, "She told her inner circle of friends that her soul was being crushed and that the decision to leave was a matter of life or death - meaning the death of her spirit."

"She also felt like she couldn't be the best mother to Archie if she wasn't being her true, authentic self," her friend went on to say. "She felt like it was a toxic environment for him because there was too much tension and pent-up frustrations."

The couple are about to embark on a whole new chapter of their lives...

And let's hope that this change will be what Meghan needs to focus on herself and her family.