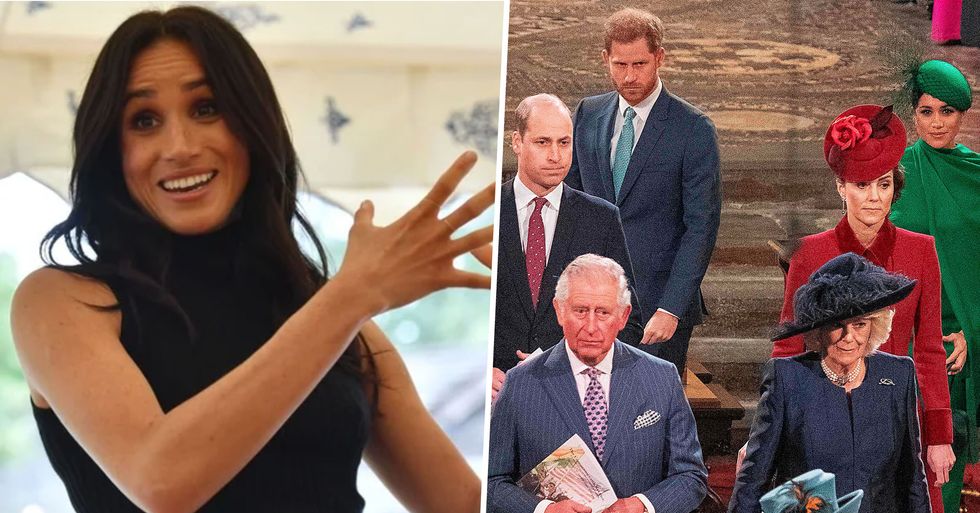 Meghan Markle Asked 'Don't I Have a Voice?' at Event With Harry, Kate, and William

Meghan Markle and Harry are never out of the headlines and now, guess what? They're back once again, but this time, they're not alone. Prince William and Kate Middleton are there too...

In the last couple of years, Meghan Markle has captured more headlines than she'd care to count.

But it seems she's getting rather fed up of being silenced ...

Meghan has had to live in the shadow of Kate Middleton.

A woman who many see as the perfect royal spouse...

It seems she can't catch a break.

As some recently resurfaced material shows.

Journalist Sarah Sands has shared a sad story this week.

It comes from an event attended by Meghan, Harry, William, and Kate, the Daily Star reports.

"How poignant it is to recall the two couples looking so happy together – remembers the microphone moving down the line: William…Kate…Harry…"

"Meghan, at the end of the line was disinclined to wait. ‘Don’t I have a voice?’ she asked, icily."

Sarah adds: "At last, she can be heard, loud and clear. It’s obvious that she feels delighted to be home again."

We can only hope that Meghan and Harry find happiness in their new life in LA...

For more on Meghan, keep scrolling to read about her new book that could potentially spill a lot of royal secrets...