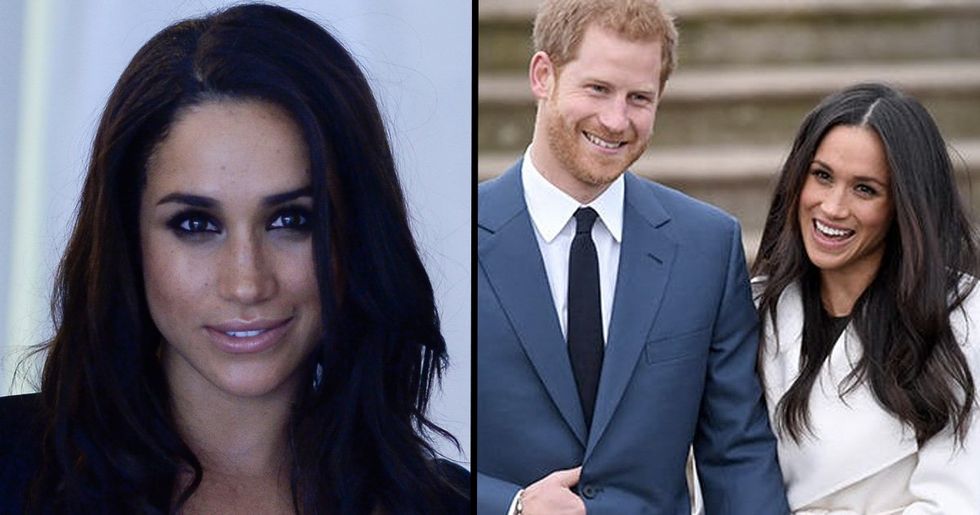 Unless you have had your head under a rock, you will be more than aware that 2018 was a big year for Prince Harry and Meghan Markle. Their wedding in May was one of the biggest events of the social calendar in the world. It was a star-studded affair and television channels streamed the event to millions around the world.

This wasn't where the excitement ended either. In October, the Duchess of Sussex announced that they were expecting their first child. The idea of the young royals, George, Charlotte and Louis, having a beautiful cousin has made the world very excited.

Now the world is talking about Prince Harry and Meghan Markle again, but for a very different reason. It seems that the prince has some new habits that can only be due to the effect of his new wife and they don't sound like the Harry we used to know.

But what are the changes that have caused such a fuss?

Since they got together the world has gone crazy for this couple.

As the rich English prince fell in love with the beautiful American actress, Prince Harry and Meghan Markle seem like the perfect fairy-tale couple. In Autumn 2016 the couple first announced that they were dating. From that point on it has been a whirlwind romance that has captured the world's interest.

Meghan Markle was best known for her role in Suits.

Meghan worked as an actress throughout her adult life and worked in many TV shows and movies. However she is most known for her role playing Rachel Zane opposite Patrick J. Adams throughout eight series of Suits.

Harry has always been known for having a lot of fun.

Prince William and Prince Harry grew up in the spotlight due to their royal status. As a youngster, Harry was renowned for being playful and a bit of a joker.

Prince Harry and Meghan Markle tied the knot in May.

In one of the most talked about events of the year, this fairy-tale couple got married. Thousands turned up to get a glimpse of the couple, while 29 million viewers watched from their homes.

The Duchess of Sussex looked amazing.

During the wedding, Meghan wore a Givenchy Haute Couture dress. She then changed for the evening into a dress by English designer, Stella McCartney.

Meghan is expecting a baby.

In October, Prince Harry and Meghan announced that they were expecting a baby. Speculation has already begun for what the next royal baby name is going to be.

As an act of solidarity during Meghan's pregnancy, Harry will not be drinking alcohol either. Alcohol is a known depressant, as well as causing liver damage and weight gain. Harry is already enjoying the positive effects of life without alcohol.

We all remember Harry's wilder youth.

As a teenager, Prince Harry admitted to experimenting with drugs. He was also accused of cheating on his schoolwork by getting a teacher to do it for him.

And then we remember his even wilder days.

In his twenties, Prince Harry was regularly snapped at parties and nightclubs. He was also photographed jumping into a fountain while on holiday with his friends. And the crowning moment of his youth has to be when he played strip billiards in Las Vegas.

However now he is a lot more grown-up.

Quitting alcohol isn't the first change that Harry has made during his relationship with Meghan. In the run up to the wedding, Harry agreed to finally quit smoking.

And now he has also quit caffeine.

In another show of solidarity during Meghan's pregnancy, Harry has agreed not to drink caffeine. No more teas or coffees for Harry.

Some say he is no longer an Englishman.

For many people, drinking tea is a quintessential aspect of British life. As one of the heads of state, this change in his life has led many to question if he is even still English anymore (although of course he is, and always will be).

But more changes are taking place.

For the second year in a row, Harry didn't attend the family Christmas hunt. Many people assume that this is due to Meghan's influence, as she is a known advocate for animal rights.

But he's not just sitting around.

Although Harry may not be hunting as much these days, he is still staying active. He joined an exclusive gym in Chelsea, plus is rumoured to have taken up yoga. It really is the sport that everyone is doing these days.

There are even suggestions that he is giving up meat.

The stereotype of royalty will have you thinking of tables laden down with hog roasts and meat feasts. But times are changing and it looks like Harry may have joined the ever-increasing number of vegetarians.

Many celebrity couple are vegan these days.

From Beyonce and Jay Z to Miley Cyrus and Liam Hemsworth, from Ellen De Generes and Portia de Rossi to Casey Affleck and Summer Phoenix, it looks like veganism is the new choice for celebrity couples. Are Meghan and Harry also heading that way?

Meghan is more of a flexitarian.

In the past Meghan has experimented with veganism, primarily while on set. However, she has tended to be quite relaxed about it, eating carefully during the week and then eating what she wants at weekends.

The key to eating healthily is not to follow fads or set impossible goals. Consistency is key, rather than just giving up after a couple of weeks. So it is much better to set yourself realistic goals and allow yourself some treats sometimes.

Meghan has been a very positive role model.

So far Meghan Markle has definitely used her position and privilege to act as a positive role model. She has played an active part in many charitable causes.

We all remember the video of eleven year old Meghan protesting against a sexist TV advert. The cleaning product suggested that only women do the cleaning, and even then Meghan could see the flaws in that sort of promotion.

As an adult, she has spoken at the UN.

Following in the footsteps of her younger feminist self, Meghan is still advocating for women's rights. She even spoke at the UN, and made the very valid point that we don't need to give women voices; we need to let their voices be heard.

Meghan has made a huge impact with the Grenfell tower victims.

Meghan visited the Grenfell tower victims when they were using a communal kitchen. There were people from multiple countries, cooking a wide variety of food. She suggested that they should create a cookbook. Over 40,000 copies have been sold in the UK alone, raising much needed funds for the survivors.

She has also been promoting sustainable fashion.

Meghan has long been aware of the negative effects that fast fashion has on the world, and she is trying to do something about it. She often wears ethical, sustainable clothes and supports brands who are doing the same. She is even credited with being part of the reason why Burberry has gone fur-free.

She has been doing a lot of charity work.

As well as supporting ethical fashion, she has also been doing a lot of charity work already. From visiting the team at Survivor's Network, to endorsing World Vision, Meghan is a keen advocate of those less fortunate.

Celebrities can make a positive impact.

Celebrities are role models and have a large platform from which they can make an impact. Many actors donate large sums to worthy causes. Jackie Chan, Taylor Swift and Mel Gibson are all known for their incredible charity work.

It is important to make the most of having a platform and a voice.

Celebrities are able to do more than just donate their money. They are also able to influence other people to do the right thing. Just look at the impact people like Leonardo DiCaprio can make on issues such as climate change and the environment.

Of course Meghan is not the only royal to be involved in charitable work.

Prince Harry helped to set-up the Invictus games back in 2014 and has a very active role. The games are designed to allow wounded, injured or sick people from the armed services to compete in a variety of games.

His mother was also known for her vast charity work.

Princess Diana was a vocal advocate for having more contact with the people. She was a patron of over 100 charities, including vital work with HIV and AIDS patients, people suffering from leprosy and the prevention of landmines.

Kate Middleton has also taken on much charitable work.

Meghan's sister-in-law, Kate Middleton, is also a keen activist for charitable causes. She works with many different charities, particularly those relating to children.

Keep up the good work Meghan.

So it looks like Meghan Markle is leading by example, through both her vocal advocacy and vast charity work, trying to have a positive impact on the whole world. No wonder Prince Harry is trying to keep up with his wife and lead a healthier life!