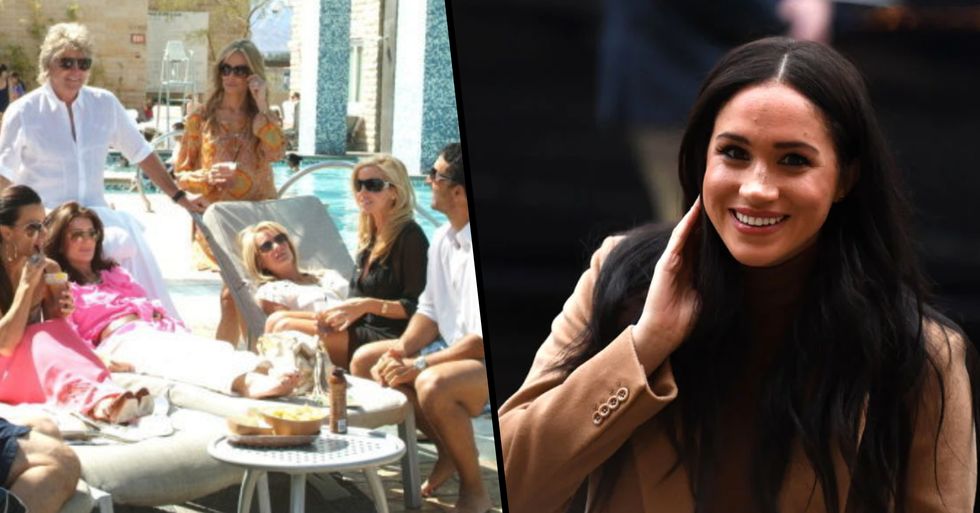 The Duke and Duchess of Sussex are one of the most high profile couples in the world.

But it seems that the pair, especially Meghan, have been feeling the emotional strain of being in the public eye.

Earlier this week, the royal couple announced some groundbreaking news - that they are stepping away from the Royal Family.

But it seems that Meghan has already had a job offer, so keep scrolling to find out more...

Shortly after the case was announced, a heartbreaking clip of Meghan opening up about her struggles surfaced online.

She pointed out that she knew life as a royal "wouldn't be easy."

A couple of months ago, it was announced that the couple will be taking a much-deserved break.

They planned the 6-week-break from royal duties over the festive period. But their latest move is their most shocking and controversial yet. Keep scrolling to learn more and how the palace has responded...

It was previously announced that Meghan, Harry, and baby Archie would be spending Christmas with Meghan’s mother, Doria, and therefore wouldn’t be attending Christmas at Sandringham with the Queen and Royal Family.

And now, things have taken a shocking turn...

On Wednesday, the royal couple announced via their joint Instagram page that they were stepping down as senior members of the royal family. "After many months of reflection and internal discussions, we have chosen to make a transition this year in starting to carve out a progressive new role within this institution. We intend to step back as ‘senior’ members of the Royal Family and work to become financially independent while continuing to fully support Her Majesty The Queen," the post read.

Some were outraged, claiming that Meghan and Harry shouldn't be able to rely on the taxpayer while they becoming finically independent. Now, some more shocking details have emerged. Keep scrolling to learn more...

And now the Queen has officially responded.

The Palace released the statement yesterday...

The Queen's office released the statement to select press.

"Discussions with The Duke and Duchess of Sussex are at an early stage," the statement read.
"We understand their desire to take a different approach, but these are complicated issues that will take time to work through."

Looks like a lot of things are uncertain for Meghan and Harry.

But they seem to be more than happy with their decision.

They spoke about becoming financially independent...

And it seems that Meghan already has a job offer lined up.

On the official Duke and Duchess of Sussex Instagram page...

Andy Cohen, the executive producer of The Real Housewives franchise commented with, "Open invite for the Duchess to join #RHOBH (Housewives of Beverly Hills)."

Many felt that Cohen was just making a joke...

But it seems that a lot of people are deadly serious.

We're not sure if Meghan would fit in with The Real Housewives crowd...

But we can sure as hell imagine it!

It is very unlikely to happen, of course...

But a girl can dream, right? For more Meghan, keep scrolling to see how the Duchess simply hasn't aged over the years...