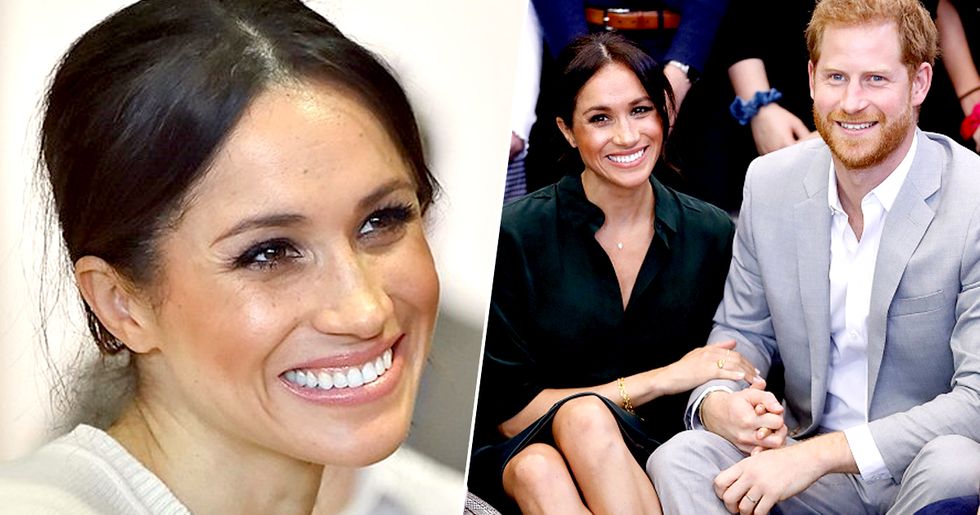 Things for Meghan and Harry in the past few months have been 'interesting' to say the least.

They made the massive decision to flee the Royal Family creating a media firestorm across the globe.

Just as things seemed to be settling down a little, Coronavirus came creating a whole new world of trouble for the married couple.

But now, some good news for a change, as Meghan's nickname has been deemed the best out of all the Royals.

Keep scrolling to find out what it is!

But, sadly, their latest venture has been put on hold.

As a result of the ongoing medical pandemic, Meghan and Harry have been forced to postpone the official launch of Archewell.

But their non-profit isn't the only thing that has been disrupted.

Though Meghan and Harry were able to move to LA from Canada just hours before the borders were shut, their hasty move has reportedly devastated Meghan in more ways than one.

The couple are believed to be temporarily staying in a gated community in Malibu Hills with baby Archie...

Which is only around the corner from her mom, Doria, who lives in LA.

Doria is believed to be one of the main reasons for their move to LA...

But, because of the imposed lockdown regulations, Meghan has so far been unable to visit her mom, which will be difficult for any new parent.

This has reportedly left Meghan "heartbroken."

A source close to the royal told The Sun that the Duchess is now "distraught" as she is forced to keep in touch with her mother online or via phone much as she did when she was still in England.

The whole reason behind her move seems futile now.

The insider said: "After all, one of the main reasons she decided to live in LA was to be near her [mom]. They’ve been WhatsApping and FaceTiming almost daily but obviously it’s not the same."

Meghan will have to wait until the lockdown regulations have been lifted to see her mom.

Hang in there, Meghan! For more on how the royal couple are coping during the pandemic, keep scrolling...

But some good news?

Meghan's nickname has been considered the best out of all those given to members of the Royal Family.

No, apparently Phillip calls the Queen cabbage, which although creative, is pretty damn miserable.

Harry's and William's aren't great either.

Harry's nickname is 'Harry', because his real name is Henry. On the flip-side, William goes by 'Wills', which is kinda boring too.

She goes by 'The Lovely Meghan' - which compared to all the others is by far the nicest and best nickname possible.

It's nice to see her getting some positive attention!

After everything Meghan has gone through over the past few months, it's nice to see that she's still 'The Lovely Meghan' and the beholder of the best Royal nickname on the planet.