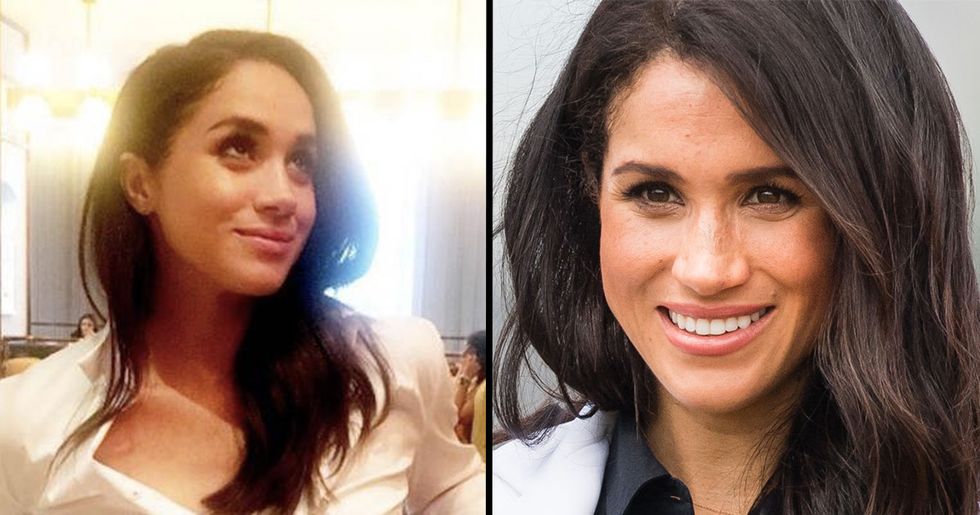 Meghan Markle Photo Deleted Off Instagram Just After Being Posted

Meghan Markle, Duchess of Sussex, is often viewed by the public as a fresh and modern addition to the very traditional and dower royal family. But in that there is also a problem, this being that now Meghan is a part of the royal family, she has to adhere to the same regulations and restrictions that fall upon all members of the Windsor tribe. She now has an appearance and reputation to uphold, one that sadly again falls into a more sombre category that the Hollywood actress is probably used to. Such was the case recently, when an Instagram photo was targeted by royal officials, leading to the deletion of the photo.

Since marrying Harry, Meghan has been in the spotlight.

Ever since tying the knot with her beloved prince, Markle has been the talk of social media, with many praising the actress and supporting her humble beginnings as a newly appointed royal.

Meghan has always been outspoken.

Even before marrying Harry, Meghan had been a public and outspoken figure within Hollywood.

Tackling issues that plague women in her industry.

She often spoke out against the treatment of women in Hollywood, such as sexual harassment and abuse.

Publicly, Markle has spoken about Hollywood campaigns such as the #MeToo and #TimesUp. Saying that women who have suffered such abuse should be given a voice.

And Markle’s position has only allowed her to address these issues more.

Since becoming a royal, Markle has used her new platform and status to raise the awareness of violence against women, as well as promote the feminist movement.

Showing how amazing she is.

Demonstrating what a strong and genuine woman she truly is.

However, being a royal does have its cons.

Sadly, Markle’s new royal position as the Duchess of Sussex does not mean that she is untouchable by those around her.

For example, she can no longer show any political leaning.

Markle has been very outspoken about politics in the past, but now that she is a royal figure, she will have to portray herself as unbiased to any political party.

Yes, if you can believe it, these are the kind of rules British royalty are expected to adhere to.

Some rules even involve appearance.

There are even rules that outline how a princess should look and dress at all time, all of the choices being a personal preference from the Queen herself.

Something which came into effect recently.

Which was a star-studded event.

While there, Markle brushed elbows with many famous designers, photographers and Hollywood talent.

She even spent the night with a familiar face.

While at the event, Markle spent a lot of her time with British actress Rosamund Pike – best known for her unhinged performance as Any Dunne in the movie adaptation of Gillian Flynn’s Gone Girl.

She also presented one of the awards.

Markle did have a reason to be at the event, as she was one of the guests giving away one of the coveted prizes.

An award that was truly deserved.

Markle presented the award for British Designer of the Year, Womenswear. With the lucky recipient being Clare Waight Keller, who not only is the artistic director of Givenchy, but also the designer of Meghan’s iconic wedding dress.

The night was a success.

The night went well, with very little mishap, Meghan even sported a beautiful black dress, only adding to her natural glamour.

And of course, like any star-studded event, the ceremony was photographed not only by photographers, but by the guests as well.

And one picture in particular has been the talk of Instagram.

After the night, Markle was picture with Keller and Pike and the photo was uploaded to Instagram.

The picture was a simply, black and white, photobooth style post, but for some reason it did not last that long on the account.

Gone but not forgotten.

Many followers of Markle began to speculate why the image had been taken down so quickly and then replaced with other photos from the event?

Well it appears Markle had forgotten one of the Queen’s cardinal rules.

Since the speculation, it has been stated that the reason behind the pictures deletion was due to Meghan’s nail varnish.

To be the perfect princess.

You see, being a princess means that you fall under a lot of scrutiny, particularly in regard to your look and appearance.

One of the primary elements to being the perfect princess is to have well maintained nails and cuticles, seeing as you will be shaking a lot of hands as a royal family member.

And the Queen hates nail varnish.

And in the picture, Meghan’s nails were painted.

In the now infamous photo, Markle’s nails are a painted a dark brown or black and they are on full display as she rubs her baby bump.

This could be the reason that the picture was replaced.

Although this may seem like a ridiculous reason, it may just be true. Either that or the photo was considered far too ostentatious for a member of the royal family.

That would explain the swap.

Especially when considering that the photo was taken down and replaced by this picture of Markle addressing the audience as the royal she is.

Supposedly, since joining the royal household, Markle and husband Harry have been dubbed ‘Monica and Chandler’ by the royal staff. Of course alluding to one of the titular couples in the popular sitcom Friends.

She wears the pants.

Apparently the nickname derives from Markle’s bossy nature, and she is said to be the leading party in the relationship, often telling Harry what to do. She, wears the pants, as they say.

But not with the rest of the family.

She may wear the pants with Harry, but this does not mean that the American duchess is free from the scrutiny of the Queen or of the royal firm.