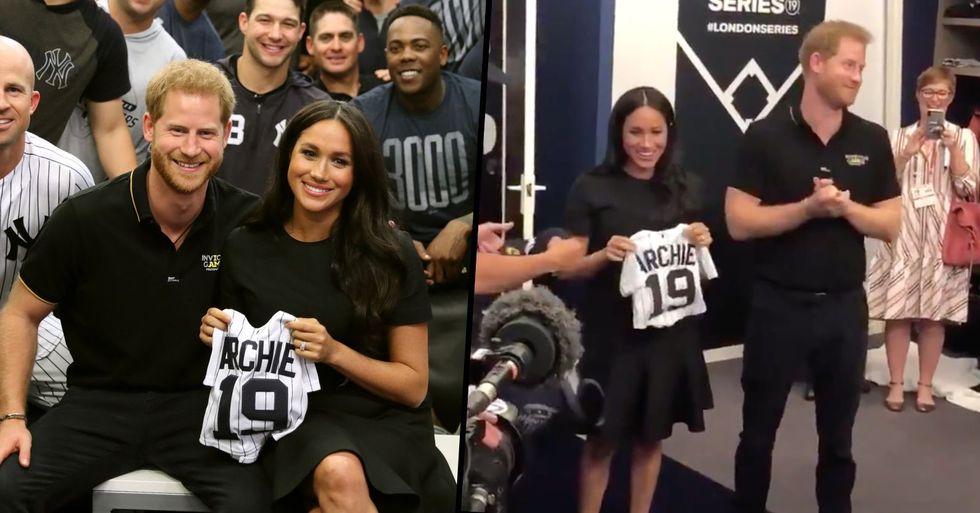 Prince Harry and Meghan Markle are never far from the headlines - and this is even truer as their family grows. This Father's Day, the two broke the internet by posting an exclusive snap of their new son, Archie, on their official Instagram account. And it seems like the newest addition to the royal family is a hit - as Major League Baseball has proved.

This weekend, the royal pair attended a game between the New York Yankees and the Boston Red Sox. While there, they were given an extremely adorable gift - a tiny baseball jersey, perfectly sized for their two-month-old child.

This Father's Day, just last month, the account shared a new and exclusive image of Prince Archie that got everyone online talking.

This weekend, they shared another wonderfully cute update on their social media.

Here's the full video of the unboxing.

Many have reacted very positively to the cute event. One commenter wrote, "Meghan looks so Happy!" and another showed their baseball loyalty, writing, "So Cute. Archie's A Yankee Fan That Is Awesome."