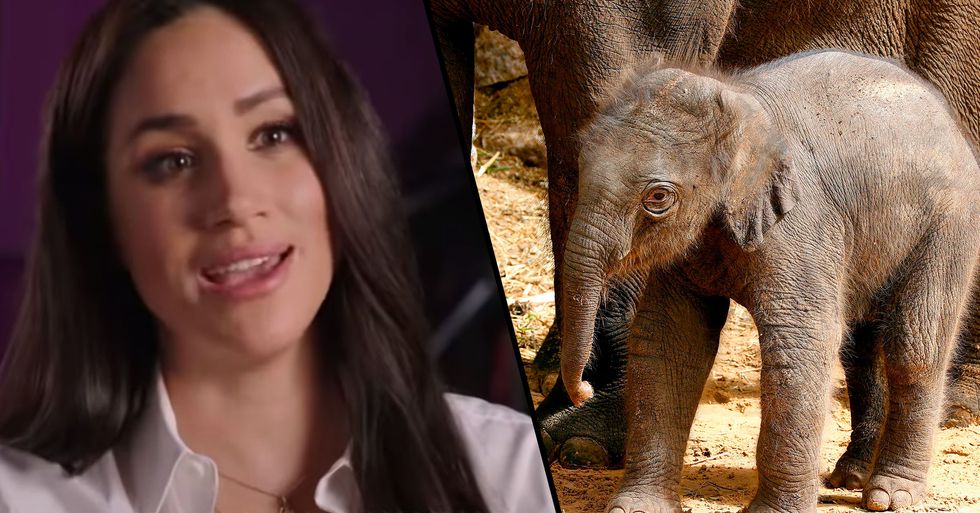 Meghan Markle's first gig narrating a Disney documentary about elephants has been a huge success, and she has recently spoken about this wonderful experience.

Keep scrolling to hear what she had to say about how she "understands' elephants...

Earlier this year, she announced that she will be voicing a new Disney documentary on elephants. The Duchess of Sussex will not be profiting from her collaboration with Disney. Instead, her profits will benefit Elephants Without Borders.

The documentary has so far had great reviews...

And Good Morning America released a sneak peek into an exclusive interview with Meghan yesterday about her experience narrating the documentary.

Meghan spoke of how she is grateful to have been involved with the Disney documentary...

And she hopes the documentary will teach people how similar humans are to elephants and how "connected" we actually are to them.

Meghan is very lucky to have had hands-on experience with wild elephants in the past...

"When you spend time connecting with them and the other wildlife, you really understand them and you have a role to play in their conservation and their safety," she explained.

Meghan is clearly fascinated by these beautiful creatures...

"These creatures are so majestic and, at the same time, they are so sensitive and so connected," she went on to say, "We see in this film how remarkable they are - their memories are amazing, the connection of the herd, the protection of their young... I think they're a lot more like us than they are different."

You can watch the preview of the interview here...

Make sure to keep scrolling to read about why fans are furious with Meghan and Harry in relation to the Queen's birthday...