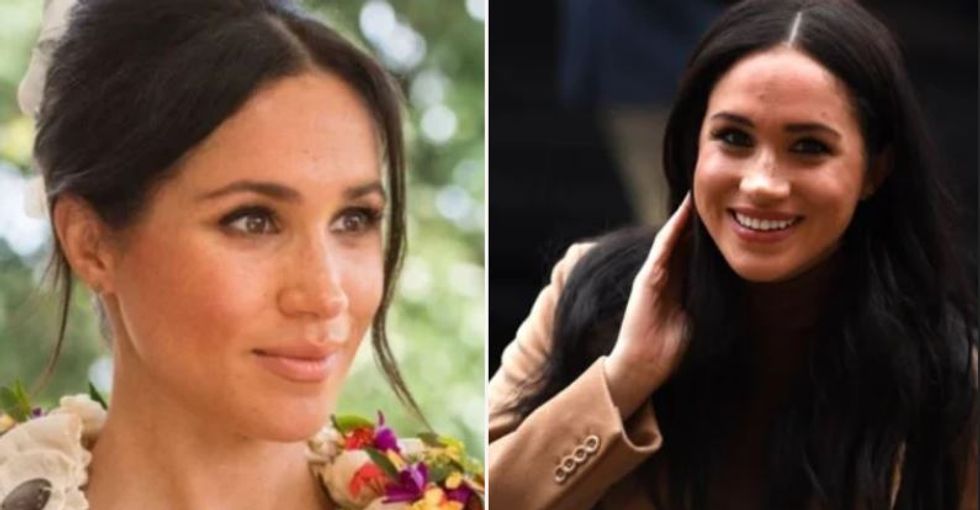 Meghan Markle makes headlines every day of the week.

It's understandable giving her acting career, her marriage to Prince Harry, and then the subsequent break up from the Royal Family.

But now Meghan has opened up in a way previously never seen - talking about the savage trolling she faces online and how hard it is to deal with.

Keep scrolling to check out the emotional interview.

When Meghan Markle started dating Prince Harry, her career as an actress seemed to be instantly swapped for a life fulfilling royal duties.

It was rather unexpected...

But Harry seemed to be besotted with his new love interest and it didn't take him long to cement her as his serious girlfriend... including taking her to meet Queen Elizabeth just a few months in!

And there was no denying how happy they looked together.

After a year of dating, Harry and Meghan announced their engagement...

Much to the delight of their fan-base worldwide!

Meghan and Harry made the bold decision to step down from royal duties earlier this year.

Meghan is still receiving a lot of heat from the British press for "breaking up the royal family." And my goodness, we wonder why...

It's no coinsidence that Meghan is the first-ever person of color to join the Royal Family...

This is modern-day racism...

And it's not okay.

But regardless of the turmoil that Meghan has endured for the last few years...

It seems that her fan base is actually bigger than many of us anticipated.

And a report a few weeks back suggested she's got her heart, mind, and eyes set on an even bigger prize.

According to numerous reports, Markle has serious ambitions to run for president.

An apparent friend of Markle's opened up to the press.

The unidentified friend of Markle's explained that it's one of the reasons she was reluctant to get rid of her US citizenship.

One of the reasons she was so keen not to give up her American citizenship was so she had the option to go into politics. I think if Meghan and Harry ever gave up their titles she would seriously consider running for president.

According to the same friend, a 2024 run has been rumored. People are now calling Markle the 'living embodiment of the American dream'... It's hard to disagree.

But now Meghan has done a slightly different interview.

And she's opened up about her private life as the 'most trolled person in the world'... She explained:

I can speak personally, too. I'm told that in 2019, I was the most trolled person in the entire world, male or female. Now, eight months of that, I wasn't even visible — I was on maternity leave or with the baby — but was able to just be manufactured and churned out, it's almost unsurvivable.

That's so big, you can't even think of what that feels like, because I don't care if you're 15 or you're 25, if people are saying things about you that aren't true, what that does to your mental and emotional health is so damaging.