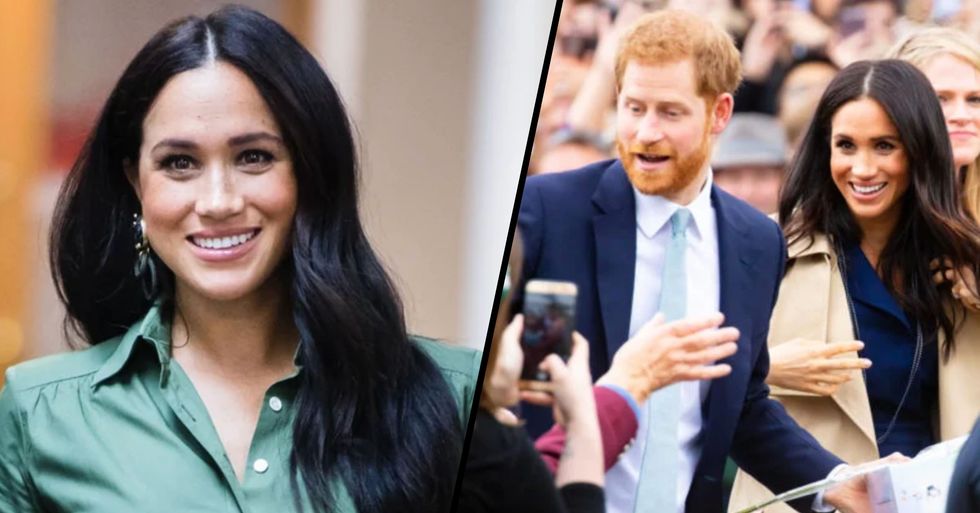 It's safe to say that Meghan Markle has her fair share of critics, and ever since she and Prince Harry announced their split from the royal family, matters seem to have only gotten worse.

It's been far from an easy month for Meghan, and she has consistently found herself in line for rounds of criticism.

But this week, Meghan has shared some amazing pictures of what she has been doing since leaving the royal family and amidst the negativity.

Meghan Markle, the Duchess of Sussex.

While most of us will still know her as Rachel Zane from the TV show, Suits, Meghan Markle has risen to unprecedented levels of fame since marrying into the British royal family.

Making Meghan an official member of the British monarchy.

Meghan has been relentlessly attacked by the press and the British public alike, with many slamming her as "fake" and "not worthy" of the monarchy. Kensington Palace was also forced to issue a statement, pleading for the press and the public alike to take a step back when it comes to their scathing reporting and bombardment of Meghan.

And, ever since the birth of their son, Archie...

The pressure has become too much for the couple...

And, a mere week into the new year, they made the shock announcement that, as a family, they will officially be stepping down as senior members of the royal family.

And they ultimately announced that they will be splitting their time between the U.K. and North America. “This geographic balance will enable us to raise our son with an appreciation for the royal tradition into which he was born, while also providing our family with the space to focus on the next chapter, including the launch of our new charitable entity," they wrote.

It isn't every day that someone decides to just get up and leave the royal family, and a few feathers are bound to have been ruffled.

And it's safe to say that since the news broke, Meghan's critics have only ramped up...

She has become a target of the British press, with journalist Piers Morgan branding her a "ruthless social climber' who has spent her life "using people, moving on and ditching them," amongst other things.

And this week, Meghan has found herself in the firing line once again...

Although this time it isn't to do with her and Harry's split from the royal family. It's about baby Archie...

This wouldn't be the first time Meghan has been mom-shamed.

Last year she came under fire for the way she held baby Archie, with some saying that she could "hurt" him.

Although are we surprised?

Meghan can't seem to catch a break, with pretty much everything she does getting completely scrutinized. So, it's not exactly shocking that she's been slammed for the way she parents Archie too.

But this week, some new pictures of Meghan and Archie have surfaced...

And they've caused quite a stir, to say the least.

The pics were snapped as Meghan took Archie for a stroll with her 2 dogs...

And Twitter wasn't impressed. "Poor baby Archie. Looks like he’s holding on for dear life! I know he’s strapped in, but I’ve never seen a baby just dangling like that...." wrote on user.

Here are the pictures...

If he was that uncomfortable, he wouldn't be sleeping... people should just mind their own business!

And what people need to remember is...

While raising a baby, Meghan is still embarking on her duties while arrangements are settled.

The couple has continued to work with their charity patronages...

Buckingham Palace released a statement last week which read, "With The Queen's blessing, the Sussexes will continue to maintain their private patronages and associations. While they can no longer formally represent The Queen, the Sussexes have made it clear that everything they do will continue to uphold the values of Her Majesty."

Meghan has specifically selected 4 causes close to her heart...

They range from the National Theatre, the Association of Commonwealth Universities, The Mayhew (an animal-focussed charity which helps to re-home cats and dogs) and Smart Works, which helps women get back into work.

Meghan has kept herself busy over the last few weeks with her charitable work...

And yesterday, The Duchess took to her joint Instagram account to update us all on her hard work.

The Duchess had paid a visit to one of her favorite charities...

The Instagram post explains how Meghan had "popped in to see the amazing people at Mayhew [animal sanctuary] to hear about the incredible progress made throughout the festive period."

The post went on to read, "The Duchess of Sussex, having been proud patron of Mayhew since January 2019 and long understanding the connection between animal and community welfare, applauds the people at Mayhew for the vital work that they do every day."

"From cats and dogs who have found new homes to animal welfare cases handled in the community – @TheMayhew believes in the power of togetherness and the special bond between humans and animals."

Just because The Duchess is stepping down from senior royal duties...

Doesn't at all mean that she no longer cares. Keep scrolling to get proof of how Meghan simply doesn't age...