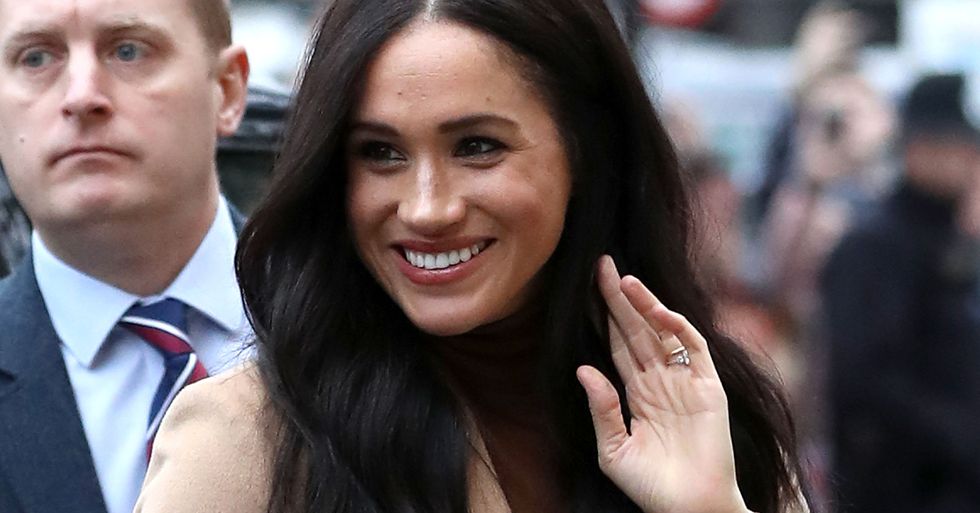 It's safe to say that Meghan Markle has her fair share of critics, and ever since she and Prince Harry announced their split from the royal family, matters seem to have only gotten worse.

It's been far from an easy start to 2020 for Meghan, and now she's found herself in the firing line of more criticism, this time, for her parenting...

Keep scrolling to see what she's done that has caused so much of a stir and to see the pictures in question.

Meghan Markle, the Duchess of Sussex.

While most of us will still know her as Rachel Zane from the TV show, Suits, Meghan Markle has risen to unprecedented levels of fame since marrying into the British royal family.

Making Meghan an official member of the British monarchy.

Meghan has been relentlessly attacked by the press and the British public alike, with many slamming her as "fake" and "not worthy" of the monarchy. Kensington Palace was also forced to issue a statement, pleading for the press and the public alike to take a step back when it comes to their scathing reporting and bombardment of Meghan.

And, ever since the birth of their son, Archie...

The pressure has become too much for the couple...

And, a mere week into the new year, they made the shock announcement that, as a family, they will officially be stepping down as senior members of the royal family.

It isn't every day that someone decides to just get up and leave the royal family, and a few feathers are bound to have been ruffled.

And it's safe to say that since the news broke, Meghan's critics have only ramped up.

She has become a target of the British press, with Piers Morgan branding her a "ruthless social climber' who has spent her life "using people, moving on and ditching them," amongst other things. In fact, the headlines about Meghan are drastically different from those about Kate Middleton... read more about that at the end.

This week, Meghan has found herself in the firing line once again...

Although this time it isn't to do with her and Harry's split from the royal family. It's about baby Archie...

This wouldn't be the first time Meghan has been mom-shamed.

Last year she came under fire for the way she held baby Archie, with some saying that she could "hurt" him.

Although are we surprised?

Meghan can't seem to catch a break, with pretty much everything she does getting completely scrutinized. So, it's not exactly shocking that she's been slammed for the way she parents Archie too.

But this week, some new pictures of Meghan and Archie have surfaced...

And they've caused quite a stir, to say the least. Keep scrolling to take a look for yourself...

The pics were snapped as Meghan took Archie for a stroll with her 2 dogs.

And Twitter wasn't impressed. "Poor baby Archie. Looks like he’s holding on for dear life! I know he’s strapped in, but I’ve never seen a baby just dangling like that...." wrote on user.

"I wish she would learn how to hold a baby!"

"He looks uncomfortable and so much for feeling persecuted by the press, looks like a big photo op," wrote another user.

Here are the pictures:

If he was that uncomfortable, he wouldn't be sleeping... people should just mind their own business. For more on the Duchess of Sussex, keep scrolling to see a shocking list comparing headlines about Meghan and Kate Middleton.