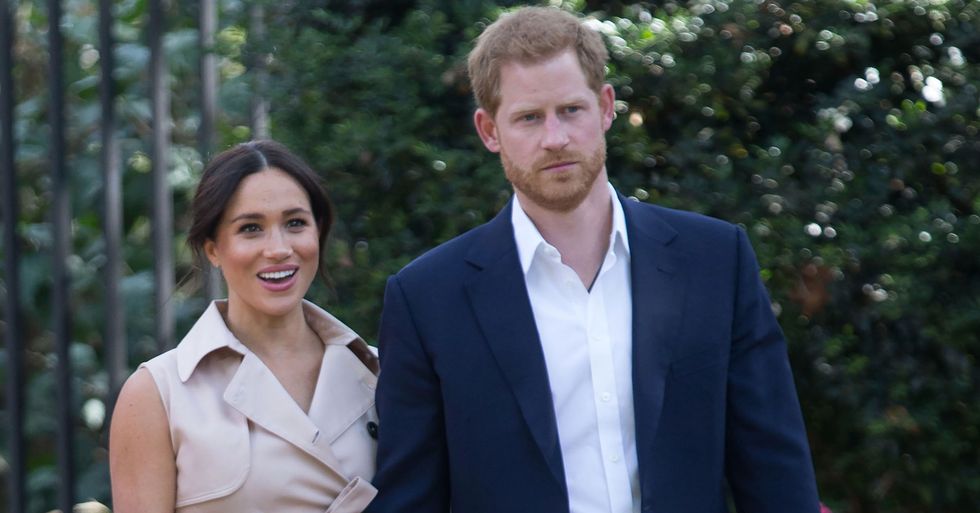 Meghan Markle's new tell-all book, Finding Freedom, is said to be hitting the shelves in a matter of weeks, revealing an insider's point of view of what the palace is really like. She's definitely got a few secrets up her sleeve, and apparently, the ones already out in the open are leaving a sour taste in the royal family's mouths.

But now, members of Meghan's own family have revealed she made a "big mistake" that could potentially harm her marriage to Prince Harry.

This could be make or break.

It seems as though Meghan's own family are ready to stab her in the back...

As recently, her half brother and their father have spoken out against her, revealing some very personal details about a "big mistake" she had made...

But why has Meghan Markle been such a target?

After falling victim to disgusting tabloids trying to tarnish her name, it seems as though Meghan will be pushing back with a tell-all book that is set to come out in just a few days. But before it does, people are ready to make her life a living hell...

There has been no evidence of the two crossing paths, but it seems as though Campbell still loves to discuss their business, so much so that she released an entire book on it. Sounds a little obsessive. And by "a little", I mean a lot.

But all these pathetic attempts to tarnish Meghan's credibility come out of fear.

Myers also added that the secrets revealed in the new book will only deepen the rift.

But it already seems to have made significant rifts with her family members as her as the Daily Star reported that her "estranged" brother and father have spoken out about a "big mistake" Meghan had made throughout her involvement with the royals.

Thomas Markle Jr, slammed the Duchess of Sussex when he revealed this:

Firstly, he told everyone that he thinks that Prince Harry is actually feeling really "homesick" but regardless, has stuck by his wife.

But there has been something else that has been bothering the family...

And it's the fact that she hasn't wished their father a happy birthday when he turned seventy-six recently.

“As far as a reunion goes, he’s given up on Meghan and Harry completely. He doesn’t trust her and doesn’t want to know that person because of the lies, manipulation, and deceit. He just had his 76th birthday. Needless to say, he didn’t hear from Meghan."

He also spoke to Express, saying this:

"My father said leaving the Royal Family in the UK is the most stupid thing Meghan's done. He is very worried about her."

Because Meghan has apparently spoken about him throughout it. Apparently now, he spends his time traveling the world to distract himself from the heartbreak... I guess, that's one way of dealing with it, right? Finding Freedom will be available August 11th. In the meantime, keep scrolling for more royal-related news.