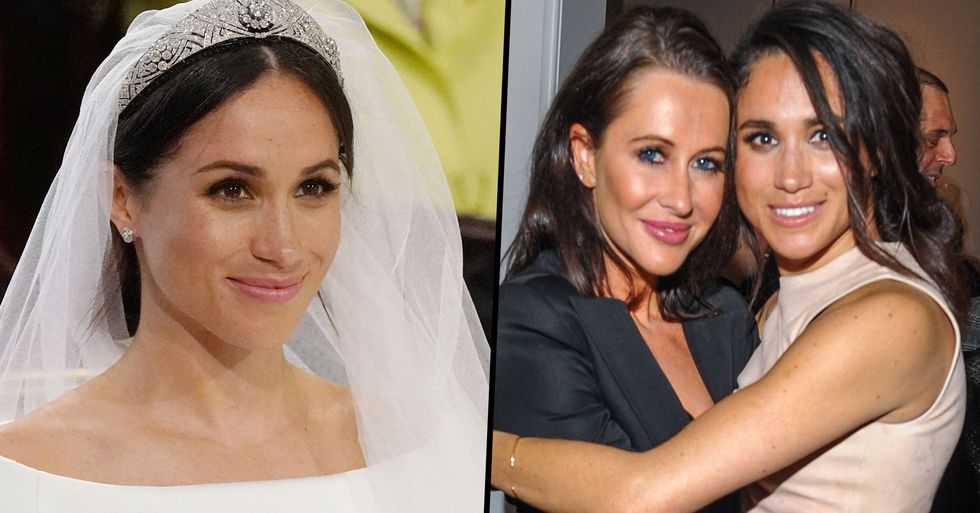 Safe to say that Meghan Markle has been at the center of backlash since she married Prince Harry. Many past pals of the star have come under scrutiny - but none more than Jessica Mulroney...

You may not have heard of Jessica Mulroney...

But she's had a very dramatic year.

Which poses a bit of a problem for Meghan Markle...

As the pair used to be rather close pals.

Mulroney was involved in a scandal wherein a Black influencer accused her of pressuring brands not to work with her.

Sasha Exeter spoke out about Mulroney and called on others to use their platforms to denounce racism.

Meg and Mulroney used to be very close.

Although since the scandal broke, Meghan has distanced herself from the controversial star.

But you can't erase the past.

In fact, Mulroney was actually invited to the royal wedding!

Headlines were made all over the world when the British Royal Family's, Prince Harry announced his romance with the Suits actress, Meghan Markle.

This week, more fuel has been added to the fire.

As the connection to Mulroney has been brought to the fore once more ...

As Mulroney has drawn attention to their past friendship.

And was quickly silenced - in quite a mysterious way ...

Jessica posted this throwback on her Insta...

With the caption "I see this and pure joy." But now, it's vanished - and some have theories as to why.

Could Meg (or her team) have asked Mulroney to take it down?