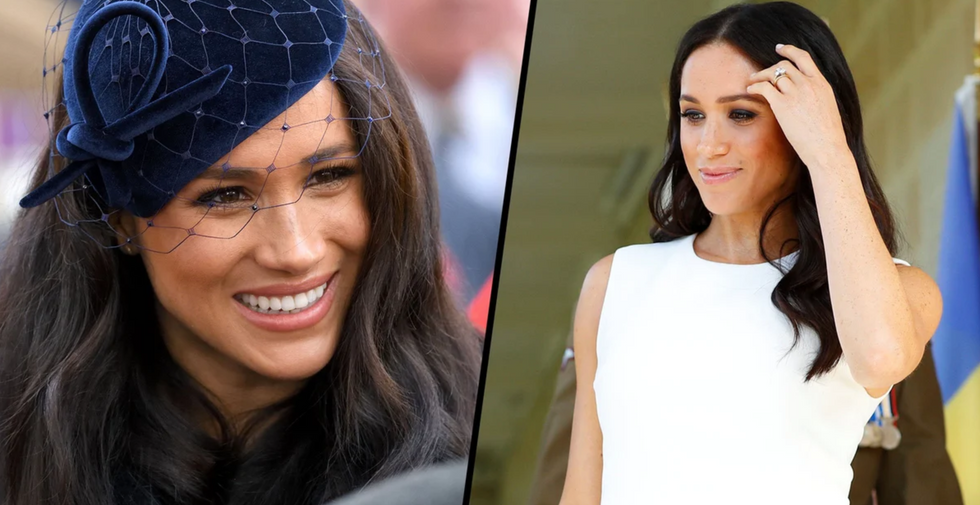 Meghan Markle's Ex-Classmate Speaks out About 'What She's Really Like'

Safe to say that Meghan Markle has been at the center of backlash since she married Prince Harry. A video of the former actress as been unearthed that people are saying not only "proves she's a fraud," but has seen her accused her of being "manic and high."

And now one ex-classmate has spoken out on the real Meghan Markle.

This week, more fuel has been added to the fire.

Between being mom-shamed and slammed, she truly can't catch a break.

Old footage of Meghan has been unearthed.

And people think it proves "she's a fraud."

The comments under the video were brutal.

@yachtgirlmm This is as close to the real MeMe as you will get...talking too fast, verbal diarrhea, unfinished sent… https://t.co/1ulXW5nqLf
— Kathy Geiger (@Kathy Geiger)1572844934.0

Some went as far as to say she's a "con-artist."

Some had some wilder accusations.

"She does whatever she wants."

@yachtgirlmm Of course. Nothing of morality is of concern to her. She does whatever she wants. Harry is also a… https://t.co/WTJP8n1sFg
— bente Mullally (@bente Mullally)1577080946.0

People seem to take any opportunity to rip into the former Duchess.

Some said that the clip left them "mindblown."

"She has wrecked Poor Harry's life....." declared another user.

An influx of people also raised the issue of her so-called "finger-pointing" habit. "Can't handle the claws, she is such a control freak, the finger-pointing used very frequently, imagine that finger ordering people around all day," wrote another.

The tweets were utterly horrendous.

What do you make of it?

But now a classmate has spoken up in Meg's defense.

Let me be perfectly clear: Meghan Markle was one of the kindest people I remember from high school. Watching certa… https://t.co/Wx0mE6Ttt0
— Nema Vand (@Nema Vand)1589501518.0

Straight from the horse's mouth! For more on Meghan, keep scrolling to find out why a recent video of her with Archie has sparked backlash...