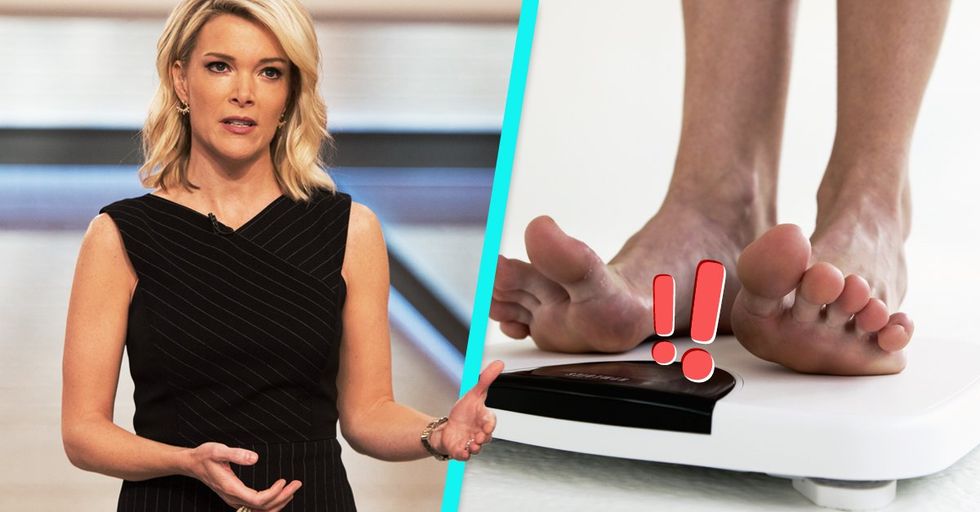 Fat shaming – we've all experienced it at some point or another. When I was younger, my relatives would poke my belly and laugh as it jiggled. They meant it as a joke, but the underlying message was always the same – you need to lose weight.

I am not an anomaly by any means. According to one study, 94 percent of teenaged girls have been fat shamed. In fact, another study found that nearly 85 percent of adolescents noticed their overweight classmates being shamed in gym class.
Fat is one of America's biggest taboos, and women bear the brunt of the censure. Ask any woman around you and they'll relate stories of being bullied or teased for their weight, even by loved ones.
People tend to think that fat is something lazy people wish upon themselves, that people with low self control slurp bon-bons until they gorge themselves into an obese stupor. The irony is – this is as far from the truth as possible.
Most overweight and obese people try to lose weight, and in fact, many eat way less than their more svelte counterparts. The problem is, human biology works against them. As a recent Quartz article explains – "diets do not work."
For people who are not naturally thin, not only do their diets work against them, they make them more prone to gain weight. As Quartz explains, "dieting disrupts cognition, especially executive function, which is the process that helps with self-control. So dieters have less willpower right when they need more willpower."
Furthermore, heavier people's bodies can run on fewer calories than thinner people's so they need to eat less to lose weight. And once they do, their metabolism changes, allowing their bodies to run on less calories. The rest becomes fat.
Megyn Kelly inadvertently joined the ranks of fat-shamers this month when she spoke to "Fit Mom" Maria Kang, the 37-year-old Internet personality who roused the ire of the online mom community when she posted a picture of herself looking very fit with the caption "what's your excuse?"
Kang, who now runs the No Excuse Mom Movement with exercise groups in 30 countries, was accused of being a fat-shamer, but Kelly had other thoughts. She suggested Kang "parlay the shaming thing into a professional business because some of us want to be shamed."
As she then explained, "When I was in law school, I was gaining weight. I said to my stepfather, 'If you see me go into that kitchen one more time, you say 'Where you goin', fat (expletive)?' And it worked!" Again, it literally does not work that way.

Faced with a massive backlash, Kelly quickly qualified her statements. “I said something yesterday on the show that clearly struck a nerve," she told her audience, "and I think it’s a conversation we need to have. We were discussing body-shaming others, something I absolutely do not support. In fact, quite the opposite."

Kelly then stated, "The pressure to be thin is ubiquitous in America and those who are not can face heartbreaking cruelty. I do not endorse this reality. The truth is I loathe it."

She also explained why she felt so strongly about the issue, saying, "Everyone in my family is or has been overweight obese." Kelly's sister was 300 pounds at one point before she had gastric bypass surgery, and Kelly herself was bullied in middle school for her weight.

“Please know, I would never encourage that toward any person," she said. "I’ve been thinking a lot about why I once encouraged it toward myself. What I know for sure is that weight is an issue for millions of people, thin and heavy alike. And neither deserves to be judged or shamed for how they choose to handle that struggle."
One person who certainly wasn't having it was Meghan McCain of The View, who explained, "This hit me in a personal way." As you will recall, McCain's first guest appearance on The View was in response to being fat-shamed by Laura Ingram. "I have been fat-shamed publicly and humiliated my entire career. When you say something like, 'Sometimes, fat-shaming is good,' it really hurts me."

McCain concluded by saying, "This rhetoric is dangerous and I want to tell all the girls here: I'm a conservative political analyst; I'm still a very a very political person no matter what (Kelly) has decided to do with her career. To be on TV and do what I want to do here, I've never had to lose a pound. I've got a hot husband, I've got a cool job. I've never lost weight for anything." Exactly.