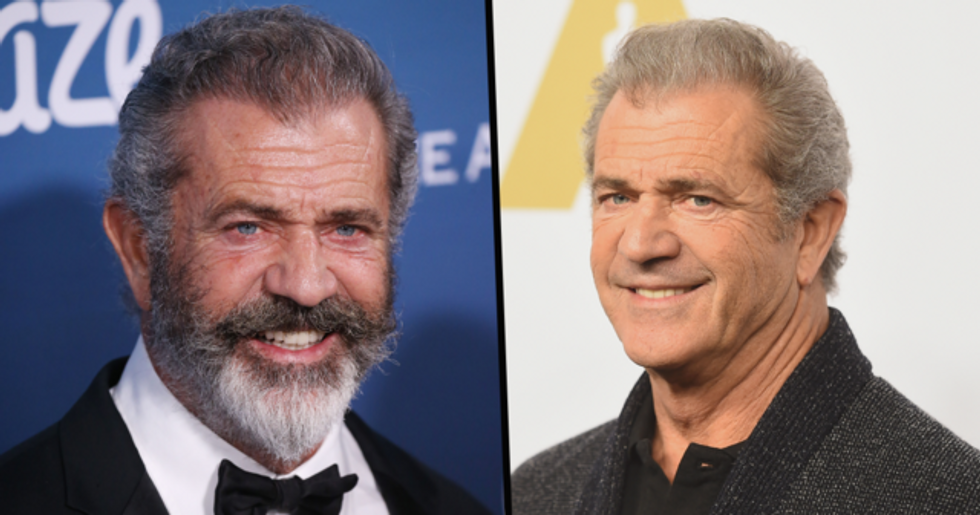 Mel Gibson was Hospitalized After Testing Positive for Coronavirus

It has emerged today that Mel Gibson had privately tested as positive for coronavirus during the peak of the pandemic, and his health was seriously compromised as a result...

These days, Mel Gibson is rarely in the headlines for good reasons...

But this week, the controversial actor has sparked health concerns amongst his fans.

Now, the sixty-four-year-old is best known for his career as an actor...

And he has gained a global name for himself for being the so-called "king" of action movies.

In 1995, Gibson directed, produced, and starred in Braveheart...

He later directed and produced The Passion of the Christ...

The biblical drama was both financially successful and highly controversial. He received further critical notice for his directorial work of the action-adventure film Apocalypto (2006), which is set in Mesoamerica during the early 16th century.

He has also starred in numerous successful movies...

However, things haven't been looking so good for the actor over the years...

And some terrible accusations have been made against him.

The Gay & Lesbian Alliance Against Defamation (GLAAD) accused Gibson of homophobia after an interview in the Spanish newspaper El País, in which he made derogatory comments about homosexuals.

The actor defended himself by saying he'd "drank too much vodka"...

But it's obvious that these comments showed his true colors.

A police report revealed that he said, "The Jews are responsible for all the wars in the world!" during a July 2006 DUI arrest.

There is absolutely no excuse for this kind of behavior.

He told Variety in 2016: "It was an unfortunate incident. I was loaded and angry and arrested. I was recorded illegally by an unscrupulous police officer who was never prosecuted for that crime. And then it was made public by him for profit, and by members of — we’ll call it the press. So, not fair. I guess as who I am, I’m not allowed to have a nervous breakdown, ever."

Other famous Hollywood figures have spoken out against Gibson, also.

Actress, Winona Ryder, who is openly Jewish, recalled her horrifying interaction with the actor. "We were at a crowded party with one of my good friends," she said. "And Mel Gibson was smoking a cigar, and we’re all talking and he said to my friend, who’s gay, ‘Oh wait, am I gonna get AIDS?’ And then something came up about Jews, and he said, ‘You’re not an oven dodger, are you?'"

Ryder said that he tried to apologize later on but the damage had already been done.

Even though Gibson continues to be popular in Hollywood...

Many people began turning against the actor and they didn't take well at all to his dated and ignorant views.

He has been branded as homophobic and racist...

And at this point, it seems to be something he can't talk his way out of anymore.

But it turns out that karma works in mysterious ways...

Because news of the actor's experience during the pandemic has just emerged and, let me tell you, it isn't pretty.

Throughout the coronavirus pandemic, Gibson has remained fairly quiet and out of the spotlight...

Apart from the release of his disastrous movie, Force of Nature, that is.

But, this week, it has emerged that the actor was actually quite unwell.

It turns out that Gibson was diagnosed with the deadly virus during the peak of the pandemic.

He had kept his diagnosis private...

But he reportedly had to spend a whole week in the hospital as a result of his illness,  The Daily Telegraph Australia reported.

A statement from his representative read:

"He tested positive in April and spent a week in the hospital." The rep also shared information on Gibson's health battle, revealing that he "was treated with the drug Remdesivir, while in the hospital."

But, just in case any fans of his made it onto this article...

Don't worry! The actor is reportedly in much better health these days and has tested as negative for the virus on several different occasions.

Because, despite his controversy, the actor still has a very loyal fanbase...

And plenty of his fans are celebrities. Keep scrolling to read about the time Jason Momoa faced a lot of backlash for posting a selfie with the controversial actor...