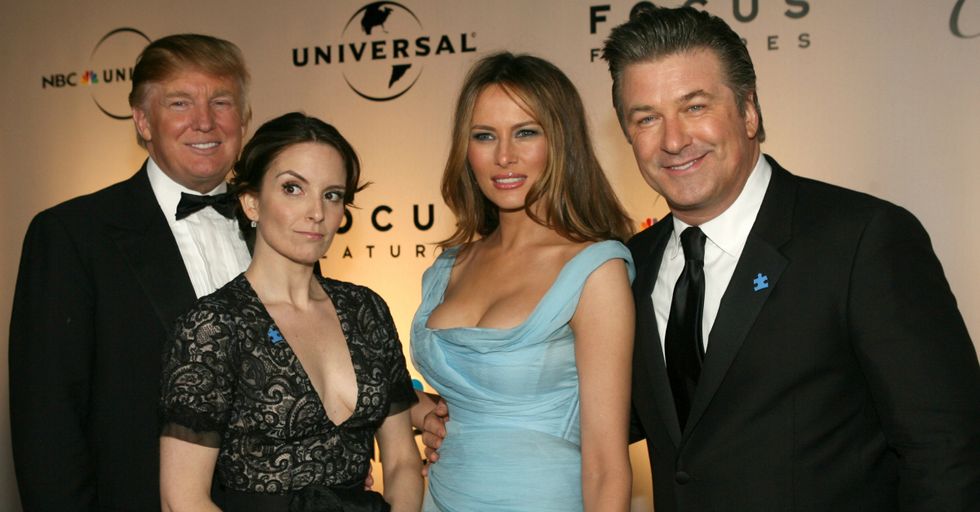 Alec Baldwin's residency as President Donald Trump on Saturday Night Live is one for the history books. Whether you like the impersonation or not, it's inarguably had an impression (pun 100 percent intended) on the American public. When Donald Trump says something dumb, we can bet it will be repeated, almost word for word, with little to no exaggeration on SNL the following Saturday because real life has become a parody of itself. The real Donald Trump isn't a fan of Baldwin's impression, but apparently, someone in the White House is...

But then again, there's really no way to slap together a likable persona from a sagging bag full of white supremacy, sexual assault allegations, daddy issues, and pure stupidity. So instead, Baldwin's Trump is more buffoon and less insidious monster. And guess who loves it?

In a radio interview with WNYC's Brian Lehrer, Baldwin said, "Someone told me, who's friends with someone in the White House or formerly in the White House, that Melania Trump loves SNL and she loves my impersonation." He also said that Melania told this White House source, "That's exactly what he's like" and that "Trump is horrified and beside himself that his wife actually thinks it's funny."

Shocked? Yeah, well, so was the White House.

So much so that Melania Trump's communications director Stephanie Grisham actually felt she had to make a statement refuting these claims: "That is not true, which is why Mr. Baldwin has no actual names to go with his bizarre assertion." In other words, "Nope. Melania hates Baldwin's Trump impression. It's so mean! Doesn't make her fall off her crystal throne laughing or anything. Definitely not. No no no." We gotcha, Melania. *wink wink*