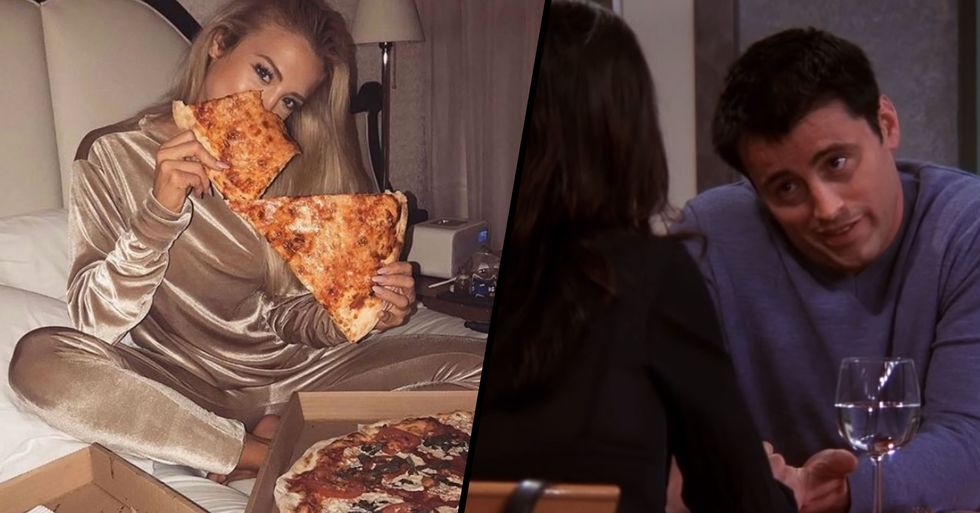 A recent study has determined the average amount of time men take to finally share food with their partners.

The survey, which focused on how long people believe various relationship milestones should take, categorized the results by gender and, let's just say, the answers are pretty damn interesting.

They can be a little confusing at times, can't they?

Allowing a new partner into your life is always going to be a big deal.

And it can take months for most couples to fully settle into a comfortable routine.

Because, despite relationships being mostly fun and games...

The early days of any courtship can be a little tough to navigate.

There is a lot to learn about a new partner...

And rules and boundaries need to be established from an early stage.

And there's one question on most couples' minds these days...

How soon is too soon?

Every couple is different.

While some will drop the "I love you" bomb within a matter of weeks, others can wait for months to finally declare their love.

And different couples move at different paces when it comes to these significant relationship milestones.

Some people would happily move in with their significant other after mere months of dating, while others insist on waiting for years before the big move. Each to their own, right?

But one company wanted to know what the average waiting time on these things were...

Because it'd just be nice to know, wouldn't it?

A new study has focused on how long couples think these milestones should take...

And, in the process, measured the average length of time it takes for each gender to reach these significant moments.

The findings were rather interesting.

The study didn't waste any time getting down to the nitty-gritty.

Surveyed by the online medical service, From Mars, questions varied from how long couples tend to wait until they see each other naked, all the way to when it's acceptable to start sharing Netflix accounts. I told you - It covered everything.

The survey, which quizzed 2,000 people of varied ages and genders, found that, on average, women take a whole 7 months to go and do a number 2 at their boyfriend's house.

Especially considering that men only take 5 months to do their business in their girlfriends' toilets. Though I can't say I'm overly shocked by this...

But there was one finding that was more shocking than the rest...

And it was how long people take to get fully comfortable with sharing their food.

Now, sharing food is pretty easy for most of us...

But, for some, it can be a real deal-breaker.

As the saying goes...

But it turns out that men can't really relate to this...

As it only takes them 4 months to be fully comfortable with sharing their food with their partners. How sweet.

Women, on the other hand, are a little stingier...

As their average wait time on food sharing is 5 months.

The study has given an interesting perspective on the world of dating...

Though I'm not sure how great of an ice breaker it will be on first dates. You can read the rest of the survey's results here. Dating new people can be a risky business, and there are always red flags to look out for. Keep scrolling to read a list of the most prominent ones, as according to a group of singletons...