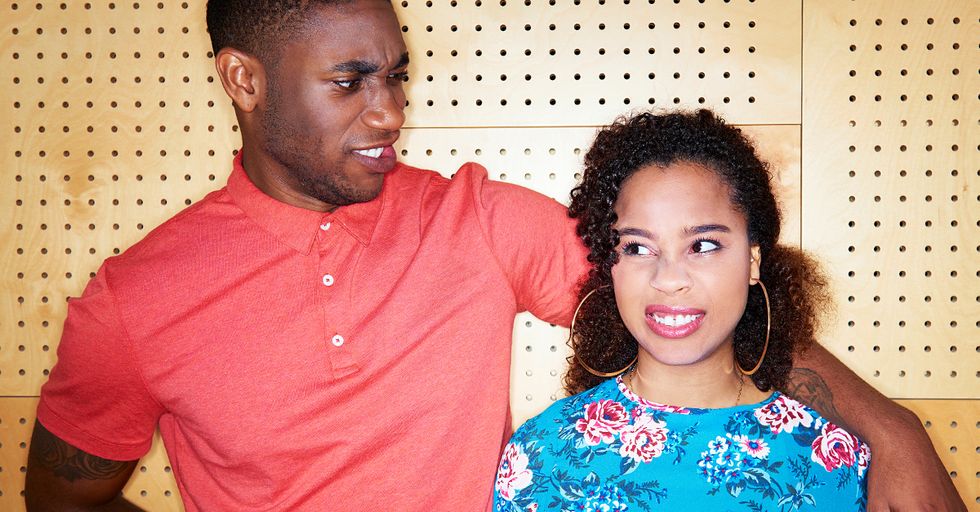 Men Reveal the Secret Things That Turn Them off About Women

Sometimes we stop and wonder just what other people are looking for in a partner. And in those cases, it's probably wisest to just ask the demographic we're wondering about. So recently, a question went around Reddit: what things do people think men like when truthfully they don't?

Whether you're a man or someone interested in men, you might be curious to hear these answers! That's not to say anyone ought to change themselves in order to get a significant other, of course. In fact, many of these have to do with the fact that we should all really just be ourselves!

So keep scrolling and check out these secret Reddit admissions: what men really think when it comes to romance.

Normally I'd go for something that comes closer to passing the Bechdel test, but hey, we wonder about this stuff sometimes.

So here we go!

Reddit asked the question and plenty of men answered. So what are these secret likes and dislikes, anyway?

Something to keep in mind come football season...

I don't think I'm capable of pretending to like football, TBH, so this has never been an issue.

And this extends beyond football, to any gender.

If a relationship is gonna work, you need to be able to share your actual personalities and interests with each other. So if you find yourself preparing to lie...maybe you're not as invested as you think.

Ladies, if you say you're not interested I will believe you and leave. -gandolffood

Hear a woman say "no thanks" and therefore leave? Genuinely a good thing on the guy's part.

Agreed. No means "no", not "try harder" has been the accepted reality for 25 years, why confuse things? -just_some_guy65

So use that knowledge accordingly.

And "no" should mean "no," so the hard-to-get thing? Maybe not as effective as you think.

I got involved with this girl in college. One night we hook up, the next day I ask if she wants to pursue it or if it was just a 1-night thing. She says it was a one-time thing and wasn't interested. "No problem," I thought, and move on. Guess who gets mad when I pursue other girls because I was supposed to read her mind that she actually DID like me and wanted me to chase her. -shiggydiggypreoteins

Guys don't vibe with that "say one thing, mean another" stuff.

And they're probably not gonna pick up on it if you do. So...just say what you're thinking and see what happens.

Those Instagram filters that make your nose smaller and your eyes bigger. It doesn’t make you seem attractive; it makes you seem like you have a reason to hide your face.

Apparently many guys aren't that into them.

Filters on pictures make me feel weird and slightly embarrassed for some reason. I can't imagine ever putting them on every single picture. -Joetato

Jealousy: another movie trope that tends to backfire IRL.

Trying to make us jealous. Trust me, all that does is make us sad. -OneGuitaryBoi

And frequent sadness doesn't say great things about a relationship.

It pushes me away. I am not trying to be in a relationship with someone who acts like we are in high school. I don’t play those games. You wanna flirt with other dudes when we get in an argument to make me jealous? Okay. Have fun with him. -getpossessed

Life ain't High School Musical (thank goodness), so let's all try and be a little more straightforward with each other.

I think there are people of all genders who find this creepy.

For me personally, those who do the 'daddy' stuff. It creeps me out. Also, guys do it with other guys. I was talking to one guy (not in a particularly sexual way, but he clearly wanted to take it in that direction), and he insisted on calling me 'little boy'. What the f***? -untakenu

Another tip for those online profiles:

Taking your online photo(s) from above to hide your body shape. This is not a good thing to do. Be who you are. Hiding that from prospective dates only delays the inevitable reality of who you are to them. -JalanSnorriPub

Here's what those photos tell the guys who see them:

I'm way more likely to be interested in someone who has full-body photos on their online profile because it communicates confidence in themselves. If they only post headshots or pictures from one angle it suggests otherwise, even if it doesn't look like they're trying to hide something. -LabWizardry

This is a little alarming.

Pretending to be dumb because it is cute. -AmatoryHunter

Honestly, it's just really saddening to know that there are women who believe they'll only "land a guy" if they demean themselves to do it.

Another (hopefully) universal one:

Smoking, can't do it. -CombatRam

Because not only is smoking bad for you, it TASTES bad for the person you're dating.

Really, when kissing it's like kissing an ashtray and just F*** ME if they take a sip of your drink the rest of it tastes like ash AND the constant smell. -CombatRam

Here's an interesting take on implants.

I didn't realize how much I disliked breast implants until I dated a girl with breast implants. Actually, I didn't completely realize it until after we broke up and started dating another girl that had some great natural boobs. -JohnyUtah_

And this opinion caused some worry.

This actually worries me as someone that’s going in for surgery. I’m having implants due to a medical condition or deformity or whatever you call it but now I’m just worried that I’m going to be judged... -Avocadoooosss

So remember: it's just an opinion, and it doesn't make women with implants any less valid.

Don't worry about what some random dudes on the internet think about your breasts. Do what feels right to you and makes you happy.

If you do still worry about being judged, remember that confidence in yourself has a bigger impact on your attractiveness than the size and shape and feel of your breasts.

And here's a hot take on dance moves...

Twerking. Most of the time I just think it looks silly.

Also baby talk, that's the biggest turn off I can think of that has happened on multiple occasions.

Dress the way you dress.

Don't get me wrong, a girl in a good outfit is a great sight. But I also equally love girls who walk around in very casual clothes. It's super attractive.

Being rude is pretty offputting.

Not a guy, but I am a lesbian. I find trash talking, and shunning people with no reason a huge turn-off. -Firebird103

Most of this is just about authenticity. Guys on Reddit are mainly saying that they like it best when women are themselves, whatever that might be. And that's good because everyone should be able to just be themselves with their partner! Share this story with friends in the dating game; maybe it'll answer their questions too!