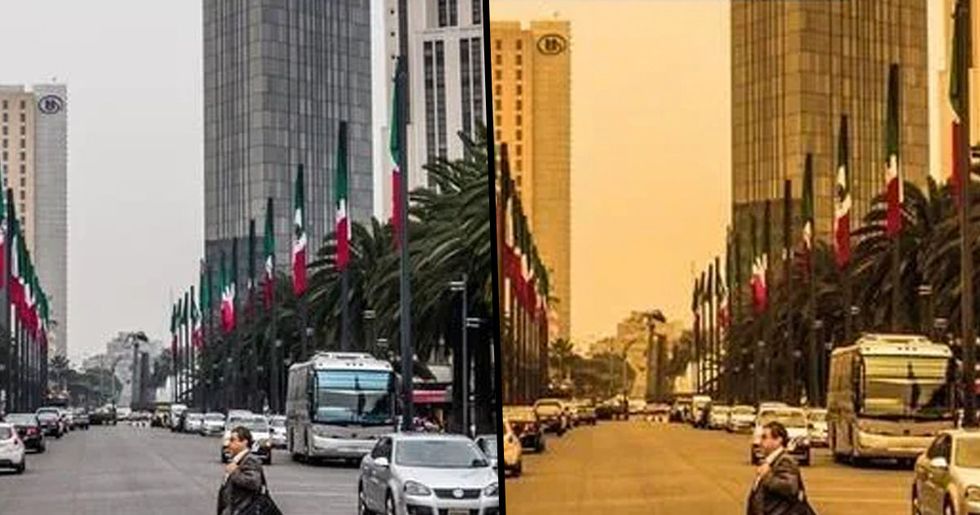 The media has a nasty habit of portraying things through their own unique lens, don't they? I use the word unique very lightly, here, because this lens is usually either weird or borderline offensive. The new "Mexico in American Movies" memes are a definite mix of both.

People have started to notice a distinct trend in the way that American movies represent Mexico or, at least, a place that is supposed to be Mexico.

But I'm not going to ruin it by telling you what seems to be the recurring theme. So, without further ado, check out this list of the most popular memes that have had everyone on the internet in fits of laughter because they are so accurate!

PS: this list may or may not feature Keanu Reaves...

Be warned, some of these memes contain Mexican stereotypes and insensitive content.

Apparently, everything in Mexico is orange... even the sky.

American movies always seem to include the typical "Mexican" stereotype, don't they?

3. Are you starting to notice the trend here?

4. That sepia tone, though.

This recurring theme seems to be the focus of the entire range of memes.

According to this meme, you can buy glasses that'll make you look like you're in Mexico.

The second that he crossed the border, the Mexican effect hit him hard.

9. Those photoshop skills though...

According to this meme, Mexico is just the land of cacti and flying cars...

Being the global icon that he is, Keanu was always going to find a way into this piece.

11. Even the big blockbusters stuck to the theme!

And, of course, Sicario was all about hitmen...

You know that a meme is becoming popular when Spongebob features in a version of it.

If you still haven't got the theme of these memes yet, I hope this breaks it down for you.

15. Even the people of Mexico have gotten involved.

This meme takes things to a whole other level...

Since these memes have surfaced, they have divided public opinion.

At first, people were finding them funny because the whole thing was very accurate.

But, as with anything good, there's always the bad that follows.

Some internet users have taken this as an opportunity to spew racist comments towards Mexicans, laughing about nonsense stereotypes, and, let's be real, we're really not here for it.

So what started off as an innocent meme has now become a means for bigots to come crawling out of their bigot-holes, sharing their bigot-comments. Ugh.

This is precisely why we can't have nice things.