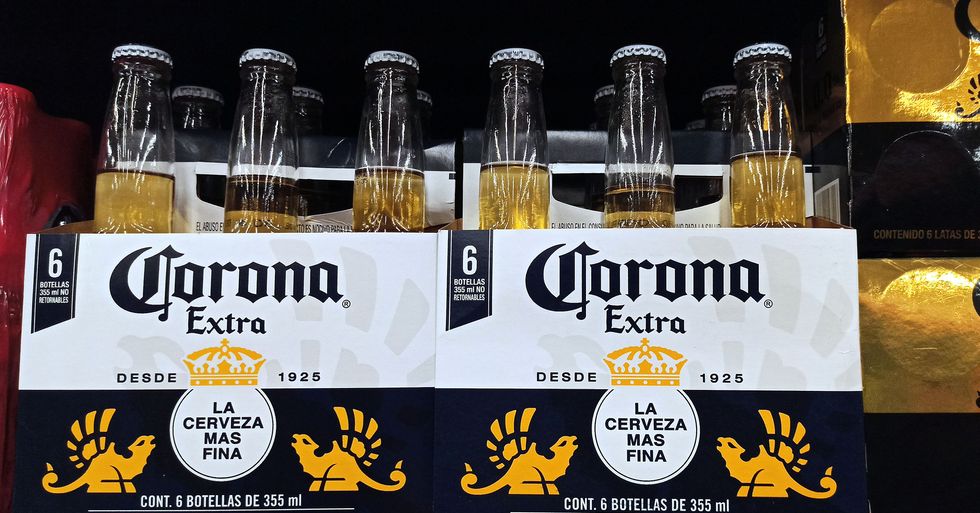 Yesterday, it was announced that Mexico has shut down brewing of the Corona beer, although it's not for the reasons you're probably thinking.

Keep scrolling to find out the reason behind the decision...

Some people believe the worldwide pandemic we are currently facing has been caused by Corona beer.

For those who aren't aware, Corona is a very popular lager produced in Mexico that is drank worldwide.

Earlier in the year, the top 5 Google searches for the virus consisted of...

How it is spread, how to prevent it, how it is caused... and if it is called "corona beer virus."

The name does ring a few bells...

BoingBoing discovered that there has been a spike in searches for "corona beer virus," because apparently people are under the impression that the virus has something to do with Corona beer.

Although they have cropped up in Australia, India, Japan, Indonesia, and New Zealand too.

Just to clarify - the virus and Corona beer are not related... at all.

The only thing they unfortunately share is their name.

And it has hit the company extremely hard.

A couple of months ago, there were reports that sales of the beer had hugely decreased...

According to Metro, the company has forecast a 10% loss for the first quarter of 2020.

As you'd have probably expected, the majority of lost sales have come from China.

And the decrease in sales took place during the first 2 months of the year. “The outbreak has led to a significant decline in demand in China in both on-premise and in-home channels. Additionally, demand during the Chinese New Year was lower than in previous years as it coincided with the beginning of this outbreak," the Belgium-based company said.

It's an unfortunate twist of fate.

Things haven't been looking too good.

And in the latest twist in the tale...

Mexico announced that it is shutting down brewing of the beer.

Grupo Modelo, which brews Corona and several other brands, announced the news on Thursday.

TMZ reports that the company is set to close operations at its eleven breweries in Mexico.

As you'd imagine, speculation immediately arose about the reasons behind the move.

Some believed that the decrease in sales had a part to play.

Of course, some brought up the name issue.

Many believed this could have been the factor that pushed the company over the edge.

Judging by the reactions...

People are extremely upset and disappointed with the announcement.

So why is Mexico pulling the plug on brewing the beer?

Well, the real reason actually makes a lot of sense...

Mexico is currently closing all businesses deemed to be non-essential.

And that clearly includes beer, sadly.

And it's not just Corona beer that will be affected by this closure...

Grupo's other brands will be impacted too - including Pacifico and all the Modelo brews, as per TMZ.

It is not known how long the closure will last for.

Though we're sure that as soon as it's safe to do so, the company will begin brewing it again.