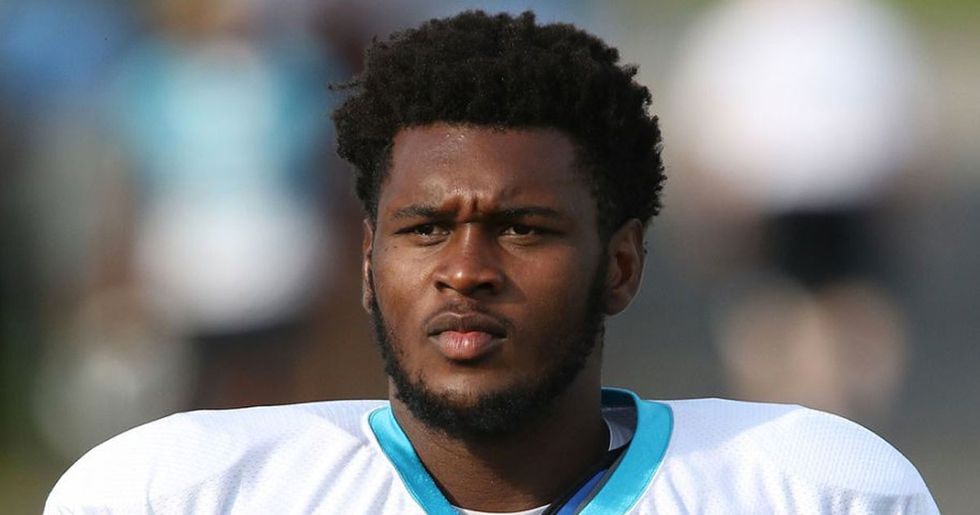 The Miami Dolphins are undoubtedly one of the most successful teams in AFC history. During the team's thirty-year run, they've climbed the ranks - having some of the best players of all time on the pitch, including the likes of Hall of Fame players, Larry Csonka, Paul Warfield, Bob Griese, and Larry Little.

But they are also host to new, up-and-coming talent, including Kendrick Norton.

However, tragically, news has been confirmed that Norton was involved in a "horrific" car crash yesterday, which has resulted in him losing his arm.

His condition is said to be critical, with his agent releasing more information about the terrible accident via a statement.

Kendrick Norton is a rising star in American football.

Born in Jacksonville, Florida, the twenty-two-year-old was going from strength to strength with his sporting career.

His sporting roots lie at The University of Miami.

Norton had three stand out years at the college's football team.

The star was then picked up by the Carolina Panthers in the 7th round of the 2018 NFL draft.

However, he didn't play in an NFL game last season, spending the year on the Panther's practice squad.

His talent saw him join the acclaimed Dolphins last December.

The star has not played for the team yet and was competing for a roster spot this off-season.

However, news came in that Norton had been involved in a "horrific" car crash on Thursday.

Florida police confirmed that the star's Ford F250 crashed into a concrete barrier and overturned on State Road 836 in the early hours of Thursday morning.

Norton was reportedly traveling with two passengers, including his girlfriend.

His girlfriend is said to have sustained minor injuries.

But Norton didn't get off as lightly.

His agent said that he is in a critical condition following the crash.

In fact, the crash was so serious that the star has lost his arm.

Tragically, Norton had to have his arm amputated at the scene.

Pictures have surfaced revealing the extent of the ordeal.

Norton's girlfriend can be seen being wheeled out of the ambulance. At this time, it remains unclear whether she and Norton were traveling in the same vehicle or in two different vehicles.

But this image of Norton shows the heartbreaking reality of the crash.

According to police dispatch audio, the star's arm was pinned underneath a truck, although the audio also suggests that the arm may have been severed at the scene.

With sadness, I can confirm that Kendrick Norton was in a car accident last night and suffered multiple injuries, i… https://t.co/OHXHQbRrLI
— malki kawa (@malki kawa)1562252858.0

He requested that the public "pray for him" and respect his privacy.

We were made aware this morning of a serious car accident involving Kendrick Norton. Our thoughts and prayers are w… https://t.co/0XCjvfRXY2
— Miami Dolphins (@Miami Dolphins)1562247496.0

"Our thoughts and prayers are with Kendrick and his family during this time," they wrote.

Norton is now said to be in a critical condition in hospital.

Though his injuries are said to not be life-threatening.

Fans were heartbroken by the news.

Twitter was flooded with well wishes and prayers for the star.

But people couldn't help but question what the accident will do to his sporting career.

@MiamiDolphins @AdamSchefter Career ending. So sorry to hear stories like this. Miami Dade is some of the craziest… https://t.co/aIUlH3atrN
— Mike (@Mike)1562251097.0

Many are saying that his career will be over. But, regardless, we hope that he is able to recover from his life-changing injuries.