Michael B. Jordan Landed 'All My Children' After Chadwick Boseman Got Fired for 'Refusing To Play a Stereotype' | 22 Words 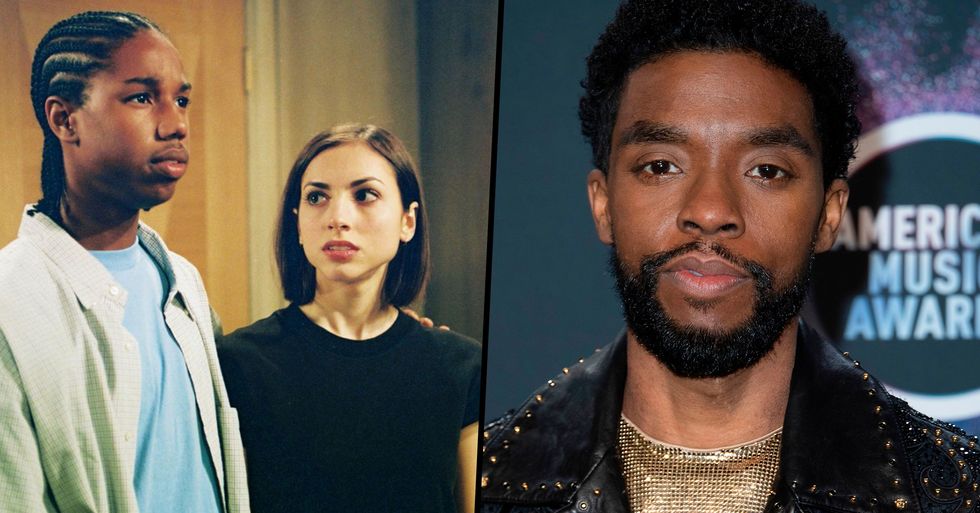 Michael B. Jordan Landed 'All My Children' After Chadwick Boseman Got Fired for 'Refusing To Play a Stereotype'

Michael B. Jordan and Chadwick Boseman made for a legendary hero-villain duo in Black Panther, but it seems their careers were intertwined long before the flick.

The tragic news came in over the weekend that Chadwick Boseman had passed away.

In such a strong line-up of actors and actresses, we saw the fusion of old and new black actors including Michael B Jordan, Lupita Nyong'o, and Letitia Wright.

With many pointing that although Boseman was set to star in the upcoming Black Panther movie in 2022, he was also preparing for other roles in between.

He wrote: "All I have to say is the tragedies amassing this year have only been made more profound by the loss of #ChadwickBoseman What a man, and what an immense talent. Brother, you were one of the all-time greats and your greatness was only beginning. Lord love ya. Rest in power, King."

More revelations about his incredible career are coming to light.

In Black Panther, Boseman starred alongside Michael B. Jordan.

But, their careers had actually been intertwined long before.

Following his breakout role on the first season of The Wire a then sixteen-year-old Jordan joined the cast of the ABC soap opera All My Children as Reggie Porter- a young gang member who was adopted by Erica Kane (Susan Lucci) and her husband.

Jordan actually took over the role from Boseman.

Who played the character for a week.

But there was a big reason why Boseman dropped the role.

The star opened up about it during a joint interview with Jordan for an edition of The Wrap’s awards season magazine in 2019.

Boseman had some issues with the way the character was written using racial stereotypes.

“It’s one of those things where you get a role, and you don’t really know," Boseman explained. "When I got it, I was like, ‘This is not part of my manifesto. This is not part of what I want to do. How can I make it work?’ Because with a soap opera, you don’t know the full scope of what’s gonna happen — you don’t know where they’re gonna take the character, because they don’t always know where the character is going."

"And because of that, there’s possibly room for me to adjust this and change it and make it so it’s stereotypical on the page but not on the screen."

This was a huge decision for Boseman, considering it was his first credited role.

“I remember going home and thinking, ‘Do I say something to them about this? Do I just do it?’ And I couldn’t just do it," he revealed. “I had to voice my opinions and put my stamp on it. And the good thing about it was, it changed it a little bit for [Jordan]. They said, ‘You are too much trouble,’ but they took my suggestions, or some of them. And for me, honestly, that’s what this is about."

Jordan then replaced Boseman as Reggie in the hit series.

And ended up going on to play the character for 3 years.

Jordan had no idea about any of this at the time.

“It’s hard to speak in the moment about how things we do can affect other people. But this is a pure example, right here on the spot — we ain’t never talked about this before a day in our lives — to understand how what people do now can directly affect what other people do in the future," Jordan explained.

“And the work that we’re doing on Black Panther is hopefully doing the same thing for the next group of actors that are coming up, just like our predecessors opened up doors and made things easier for us."

Boseman truly was an incredible man.

Rest in Peace, Chadwick. Our thoughts and condolences go out to his family during this difficult time.