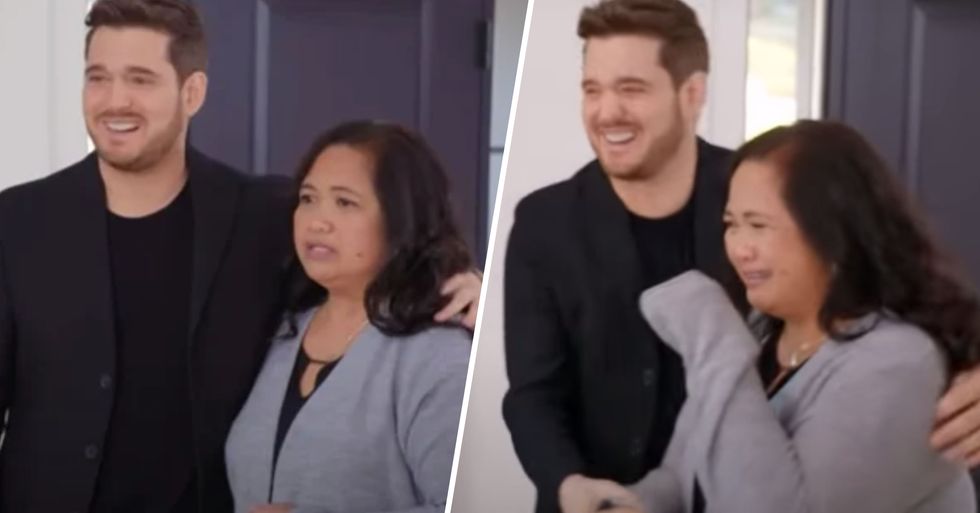 Michael Bublé has recently announced that he has now given his family home to his grandfather's caretaker as a gift for looking after him until he sadly passed away. After the bad publicity he's had over the past few months, this really brought him back into everyone's good books...

When accusations of domestic abuse started surfacing, we were all left shocked and confused. And fans claimed to have noticed a reoccurring pattern, as opposed to just a one-off incident. But thankfully those rumors were just that... rumors.

While he has always credited his fans for his success, they have previously turned on him.

The Canadian singer has always been public about how much he adores his fans, but in spite of past events, they have started calling out the jazz singer for his behavior.

I've said it before and I'll say it again, celebrities should spend their days quarantining like normal people, as opposed to trying to entertain us virtually because something always goes wrong. Take Vanessa Hudgens and Danielle Bregoli for the perfect examples.

In an older video from last month, some fans noticed some strange behavior...

However, now Bublé's wife had spoken out and calmed things down...

She completely shut down the rumors and claimed that Buble is a wonderful husband and his latest stunt proves that to be true. Keep scrolling for the full heartwarming video...

The singer appeared on a show with Property Brothers' Drew and Jonathan Scott.

In the special episode, Bublé explained that their caretaker, Minette, quickly became a friend as well as an employee to the singer's grandfather, Demetrio, who hoped she could live in his home after he passed.

Buble explained how it would be a great gift for Minette and her family.

"I hired Minette, the nurse, to come and live with [my grandfather] and by the end, [she] was his best friend. Minette never does anything for herself, and I think my grandpa would be thrilled knowing we could maybe lessen her burden a little bit and continue having Minette help her family."

And he kept it a secret from her up until now when he gave her the biggest shock of her life...

It's safe to say she was elated upon hearing the news. She broke down into tears, describing the house as "amazing."

If you're in the mood for more surprises, keep scrolling to see a married couple reunite after being split due to the pandemic.