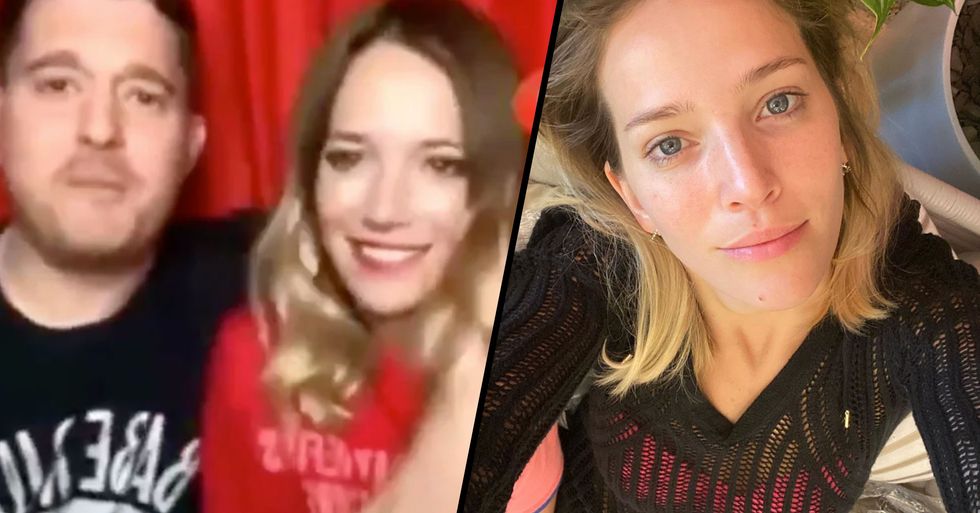 Michael Bublé has recently been on the receiving end of intense backlash after videos of him allegedly "abusing" his wife, Luisana Lopilato, surfaced on the internet. The videos have also prompted fans to do a bit more digging and concerns have been circulating.

But after seeing all the chaos online, Luisana has been forced to address the situation in an emotional response. Read on to see what she had to say, as well as the video that sparked all the controversy.

When accusations of domestic abuse started surfacing, we were all left shocked and confused. And fans claimed to have noticed a reoccurring pattern, as opposed to just a one-off incident. Keep scrolling to see the video so you can decide for yourselves.

While he has always credited his fans for his success, they have now turned on him.

The Canadian singer has always been public about how much he adores his fans, but in spite of recent events, they have started calling out the jazz singer for his behavior.

I've said it before and I'll say it again, celebrities should spend their days quarantining like normal people, as opposed to trying to entertain us virtually because something always goes wrong. Take Vanessa Hudgens and Danielle Bregoli for the perfect examples.

Some fans felt that the singer was being particularly "rough" with his wife.

While the two were performing children's songs together, he apparently elbowed her pretty hard, before seeming to force her to apologize for interrupting him while he spoke.

Fans also claimed they noticed how uncomfortable she looked throughout the video and even when he pulled her in for a side hug, she had an awkward smile on her face.

In an older video from last month, some fans also noticed some strange behavior...

One user said this:

"Plz tell me what you think of this... to all of us is clearly a man being abusive with his wife, the way her grabbed her by the arm... that’s Michael Bublé... she keeps on denying it but there’s so many videos of him and treating her the same way," and has since received 100 likes for the comment.

While another user agreed:

Someone even referred to this interaction as presenting "red flags."

And even though this user claimed it was playful...

@rnorman17 @BTS_twt_JIKOOK There's nothing playful in that clip, just look at her reaction. She knows a beating is coming her way later ☹️
— James Smith (@James Smith)1586778231.0

Other fans are not so sure.

However, now Bublé's wife has spoken out...

Because of all the backlash directed at her husband, Luisana Lopilato has been forced to respond to the allegations.

She wrote this in Spanish (which was then translated by Hola! to English):

"It's incredible how some people are!! While we are in the middle of a pandemic and living our lives under quarantine, angst, fear, loneliness, and uncertainty of all kinds!"

"[I] come out every day with my husband to try to do [Instagram] lives to bring some happiness, entertainment, longing, and we have to put up with, hear and see what people with ill intentions are posting without knowing anything about our family and after all the pain that we have experienced."

"I want you all to know that I have no doubts about who my husband is and that I would choose him again a thousand times over!"

"Without any more to say and do what I believe is correct when someone comes after my family, and leave the consequences to God! The world needs more now than ever 'love, faith, values, unity, and solidarity' NOT these kinds of people."

However, the backlash didn't stop...

Despite Luisana being explicit about her love for her husband, people kept prompting her to ask for help if she was being abused.

So, she released a second statement:

This time she said in a video: "It's very important that we pay attention to these problems that have been mentioned and that I am lucky not to suffer."

"But it is important to pay attention to be able to help women that are going through it."

Bublé himself has not spoken out as of yet. Have a look for yourselves at the video that started all the commotion.

It seems Luisana is happy and comfortable in her relationship with Michael. We wish them all the best. Keep scrolling if you want to see why Instagram Lives and celebrities aren't a good fit...