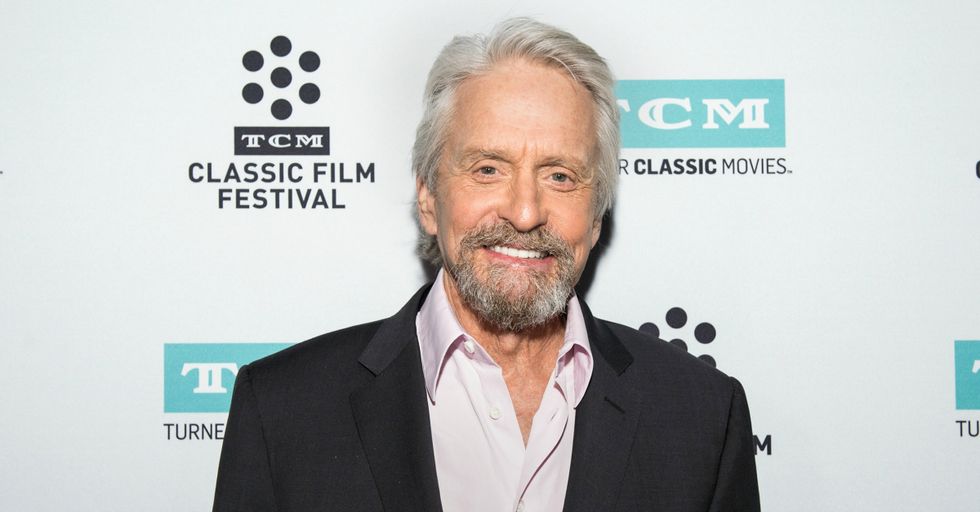 The list of powerful men who've been taken down by allegations of sexual harassment and assault is growing every day.

Turns out, Michael Douglas might be next on the list. Though, in an awkward move, he decided to give an interview to Deadline addressing the story before the accusations were even published.

Does this make him appear more or less guilty? You decide.

Many took issue with the fact that 101-year old actor Kirk Douglas was honored on stage at the Golden Globes.

It's a well-known rumor that many years ago, Douglas raped Natalie Wood when she was only 16 years old. Douglas received a standing ovation from women who wore black in solidarity with sexual assault victims and men wearing "Time's Up" pins. It was perhaps the most hypocritical moment in the whole show.

Michael Douglas, in order to get out ahead of a public accusation of sexual misconduct against him, gave an interview to Deadline in which he decided to address the specifics of the claim before the story actually broke.
It's an odd choice, to say the least. But it's clear that he thinks that coming out ahead of this thing and explaining his side of the story first will give him more credibility.

According to Deadline, both Variety and The Hollywood Reporter had reached out to Douglas to let him know they were possibly going to publish allegations of sexual misconduct against him.

The claim involves a former employee of Douglas' and an incident from more than 30 years ago. According to Deadline, "Douglas felt strongly enough that he would prefer to have some control over the narrative," which is why he sat down with the publication to tell his side of the story.

Douglas starts in with the "woe is me" tactic right away.

Douglas struggled to remember what happened with this woman.

"I tried to think to reach back thirty plus years to try to remember," he said. "I remembered this woman: sophisticated, intelligent, good sense of humor... My head was reeling. I just couldn't put this together. I've had no contact with her, in thirty-plus years. I talked to the reporter and said, 'listen, as far as using colorful language in front of her, I apologize. None of it was directed at her; she didn't say it was..."
"As far as blackballing her," he continued, "that was completely untrue. She was a lady who was involved in development at my company, and we just didn't have a good development record in the time she was there, so I just moved on. "Finally, masturbating in front of her? I don't know where to begin. This is a complete lie, fabrication, no truth to it whatsoever..."

"I pride myself of being so supportive of the women's movement. My mother was an actress, and I myself married to an actress and have been supportive of this movement wholeheartedly, through all my years. I was forced to look over my past. I’ve had up to 20 female executives who worked at my company in different areas over the years. Over 20 producers I partnered with on pictures have been women. Not to mention all the actresses I’ve worked with and the hundreds of performers. How am I, in a 50-year career in this industry, dealing with an employee 33 years ago who perhaps is disgruntled that I let her go, even though I have never heard from her in 32 years." Ah yes, I recognize this: the "binders full of women" defense.
Still, Douglas vehemently denies that he masturbated in front of this woman. When pressed about what it feels like to be targeted like this, Douglas replied, "It's extremely painful. I pride myself on my reputation in this business, not to mention the long history of my father and everything else." Uh, buddy. We got news for you about your dad.

Douglas theorizes that the woman who made these claims might be trying to get a book deal out of this story — he did some research and found out she's a blogger.