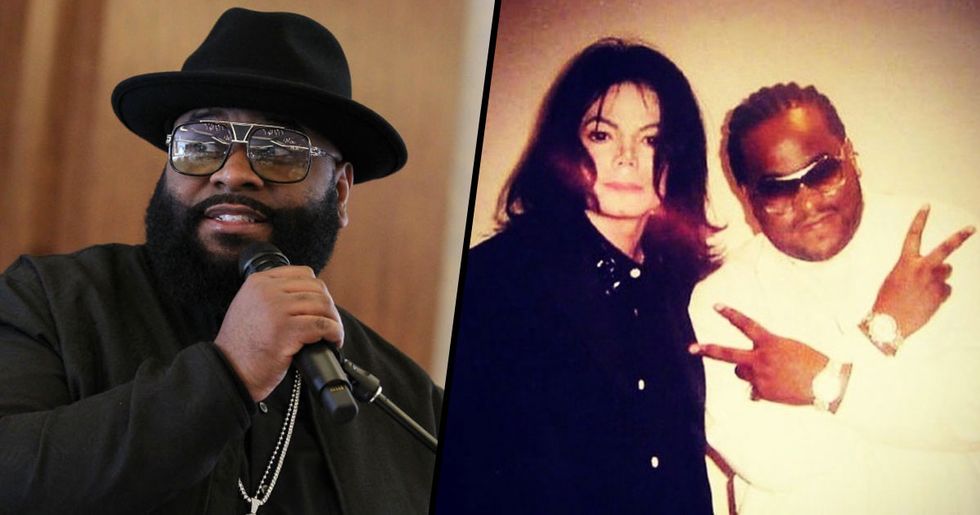 Another tragedy has shaken the world of American showbiz. LaShawn Daniels, aka Big Shiz, tragically passed away on Tuesday. His beloved wife, April, announced the tragic news with a public statement on her Instagram account on Wednesday.

LaShawn wrote hit songs for some of the biggest names, from Michael Jackson to Whitney Houston and Lady Gaga. His tragic passing has led to an outpouring on Twitter. At just forty-one-years-old, this was certainly one hitmaker that no one was ready to lose.

The hitmaker walked away with a Grammy in 2001 for best R&B song... you're probably familiar with it. Of course, no one could forget the Destiny's Child hit, "Say My Name."

Celebrating the song's 20th anniversary last June, LaShawn opened up about the meaning behind the lyrics.

Speaking to The Recording Academy, LaShawn recalled that the hit had been written about a past girlfriend who was always concerned that he would cheat on her.

LaShawn had a gift for writing relatable lyrics.

Discussing the making of, "Say My Name," he said: "I would be places, I would be at work, and if [my girlfriend] would call or hear anyone laughing, or speaking, or doing anything in the background, she'd be like, 'Who is that?'" he said. "Then she'd be like, 'Well, say my name then, and tell me that you love me.'"

Beyonce completely resonated with the lyrics of "Say My Name."

According to Daniels, when he wrote the hit track, "Beyoncé was in a relationship at that time, and she could relate well to the situation."

The pair were seen as the voice of reason when Tamara and Vince were having issues on their reality show. The Daniels were the sort of couple that everyone aspired to be like.

LaShawn proposed to April back in 2000.

The hairstylist and fashion designer took to Instagram in July to commemorate their special day, saying: "My first engagement ring was a blue plastic heart from @walgreens in Aventura FL. Some thought I was crazy when I showed it as my engagement ring, but I thought it was love."

April and LaShawn had a love that was meant to last a lifetime.

The loved up pair were devoted to each other. Celebrating their anniversary on Instagram, April wrote: "I thank God for another year of love and life with you! We’ve managed to keep it exciting over the years while we have experienced some amazing times creating the most beautiful memories. And although I’m grateful for all of that I’m even more grateful for the times in our marriage that has taught us both how to grow as one, exhibit long suffering when frustration kicked in, practice forgiveness when our pride tried to stand in the way all while remembering love keeps no account."

It's a tragedy that LaShawn and April won't be able to grow old together.

Taking to Instagram 7 weeks ago, the Grammy Award-winning songwriter teased that his wife "already know imma be a nasty old man!" after the pair tried out the age-ify app. With the tragic events of this week, this post is really heartbreaking.

LaShawn and April brought up three sons together.

In a heartfelt post, the attorney made it clear that his stepfather was special to him: "I’m heartbroken. You were my hero. Selfless, Confident, Humble, and Beloved. You were always more than a “stepdad" to me. You loved me like I was your own flesh and blood, and I loved you like a father. You played that role for me. I didn’t tell you enough. I wish I could go back and tell you just one more time. You made me perform songs in our kitchen like I was preparing for the Voice instead of on the path to being an attorney. What I would give to be back in our dining room 9 months ago learning what a vibrato is. But now I’m here: without you, missing you…heartbroken. I promise you everything I do is for you. I’m so close to the finish line. I need you there at my law school graduation with one last “You made it O." The words “I’m proud of you Omeez" still ring in my head. I just want you to still feel that way as you look down on me from Heaven. You’d tell me it’s okay to make mistakes as long as they are calculated mistakes – wise words to live by that I will never forget. You made me into the man I am today. I promise you I’ll be that man for our family. I love you. Forever."

Daniel was nominated for another Grammy in 2013.

This time around, the Grammy nomination was for his work on Tamar Braxton's single, Love and War.

Alongside his wife, April, LaShawn often appeared on the 2012 reality series, Tamar & Vince, which was a hit show about Tamar's life with her then-husband, record executive, Vince Herbert.

Aside from being a wonderful family man, LaShawn was an incredibly talented songwriter.

LaShawn wrote Michael Jackson's "You Rock My World," "Telephone" by Beyoncé featuring Lady Gaga, "It's Not Right (But It's Okay)" by Whitney Houston, and "The Boy Is Mine" by Brandy & Monica.

"I think as a writer, one of my proudest moments are when I hear the newer artist that's popping, great and respected, sample a song that I worked on."

LaShawn was always excited about the future of sound and was always happy for artists to sample his tracks. When Drake used the hook of the Destiny's Child hit, "Say My Name," for his song "Girls Love Beyonce," Daniels was humbled that Drake credited him. He spoke to Parle Magazine and said: "Then when they mention you on Instagram, it becomes 'Wow! I didn't even know y'all dug into credits like that.'" He was clearly a very humble man.

Daniels was also a successful singer in his own right.

Daniels's passion for gospel music was immortalized in his debut album as a solo artist, which he released only last year, titled "The Big Shiz Project."

The seven-track EP was a heartfelt tribute to the gospel sound.

When asked about the project in an interview with Parle Mag, Daniels simply stated that "there’s nothing like being able to sit in a room and create something that will resonate with the world." I think that, following his tragic passing this week, I'd encourage all of you to check out the EP on Spotify.

Ever humble, LaShawn brushed off comments about the success of The Big Shiz Project's first single, "Again Love." On the meaning behind the track, he explained to Parle Mag: "Through life we go through different things, and if you got any sense, you try to stay somewhat accountable to your spiritual walk. The devil will try to trip you up sometimes and when you get caught slipping he tries to question your love for God. It’s my belief from my experiences that lets me know, that no matter what I do, the Lord is always there to restore his love. It doesn’t matter if I’m on the right path or the wrong path, he’s there to restore his love again and again and again. Now, I also believe that you if you are slipping, you can’t be a repeat offender but we do serve a God of second chances. And he’s there to restore his love again and again."

LeShawn's widow, April will be looking to her faith during this difficult time.

In the statement, that she released on Instagram, April Daniels commented that her husband was a "man with extraordinary faith." We can only hope that this brings her some peace during this incredibly difficult time.

Social media has been flooded with tributes since the news of LaShawn's passing.

American gospel musician and friend of Daniels was one of the first to lead the tributes.

Producer, Ryan Hemsworth, took to Twitter to post his condolences and commend Daniel's impressive career. It's clear that this is one talented singer-songwriter, friend, father, and husband who will be sorely missed.