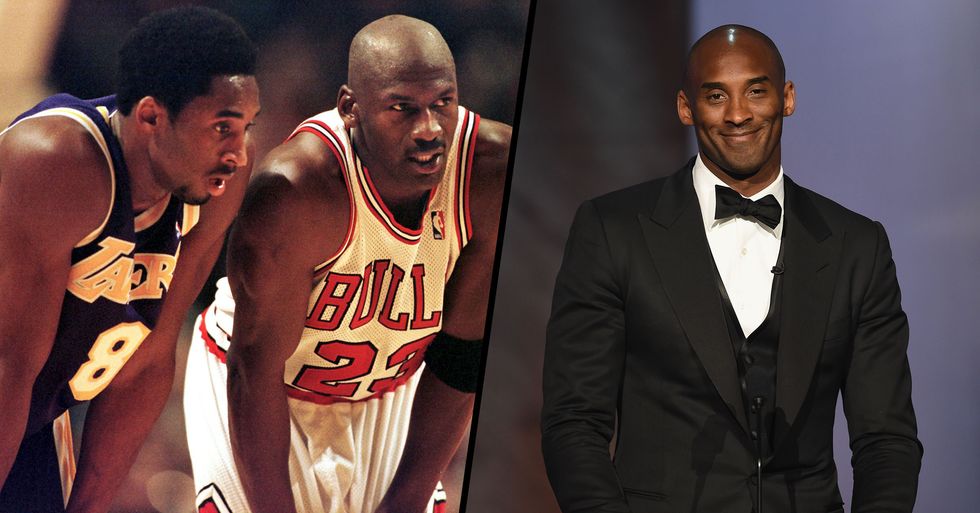 The star was known for being one of the greatest players of all time, with a career with the Lakers spanning 2 decades. Bryant's daughter, Gianna was also on board the helicopter with her father, and died in the crash.

Tributes from a whole host of celebrities have been pouring in, but Michael Jordan's, in particular, has struck a chord with fans.

"With great sadness that we learn of the death of Kobe Bryant and four others in a helicopter crash." "The aircraft went down in a remote field off Las Virgenes around 10am this morning. Nobody on the ground was hurt. However, we have now learned that 9 individuals were killed.

While police have not officially released the names of the people on board, family members of some victims have confirmed their loved ones' deaths.

Orange Coast College baseball coach John Altobelli, his wife, Keri, and daughter, Alyssa, who was Gianna's teammate, were aboard the helicopter, Altobelli's brother, Tony Altobelli, confirmed. Christina Mauser, a basketball coach at Gianna's school, was also on board, her husband wrote on Facebook. "My kids and I are devastated," he wrote. "We lost our beautiful wife and mom today in a helicopter crash. Please respect our privacy. Thank you for all the well wishes they mean so much."