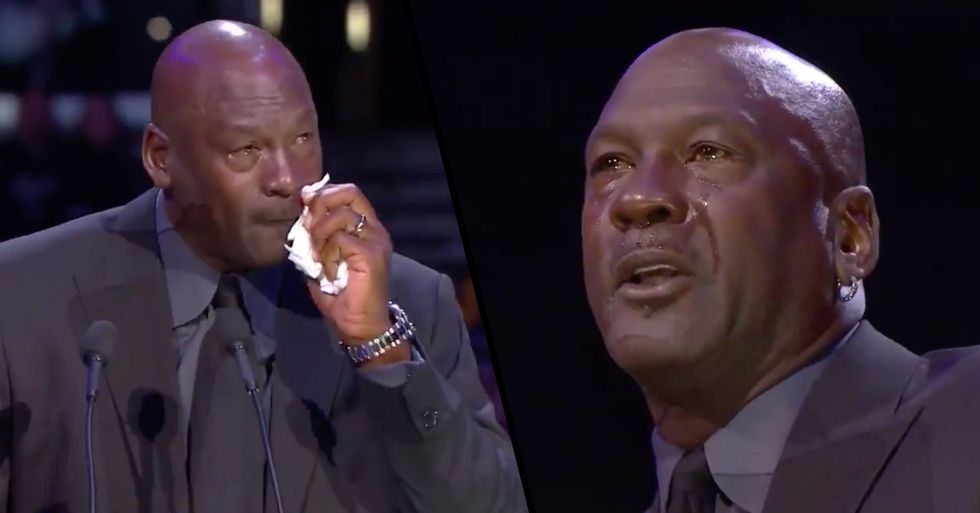 Tonight, thousands of people have flocked to the Staples Center to pay tribute to Kobe and Gigi, as well as the other victims of the tragic accident.

During the memorial, Michael Jordan paid a tearful tribute to "little brother", Kobe.

Scroll on for the emotional clip.

The service has been held tonight at the Staples Center in Los Angeles where the star played basketball for the Lakers throughout his entire 2-decade career.

And tonight's memorial has proved to be as emotional as expected...

And Michael Jordan was also amongst those paying tribute at the memorial tonight.

He delivered a tear-filled speech in honor of Kobe, who he describes as his "little brother."

Jordan went on to explain how his and Kobe's tight-knit relationship evolved.

“All of us have brothers and sisters, little brothers, little sisters who for whatever reason tend to get in your stuff. Your closet, your shoes. Everything. He was a nuisance, if I could say that word," Jordan said. “But that nuisance turned into love over a period of time. Just because of the admiration that they have for you. The questions, wanting to know every little detail."

He had tears streaming down his face throughout his entire heartfelt speech.

“I am inspired by what he’s done and what he’s shared with Vanessa and his kids. “When Kobe Bryant died a piece of me died."