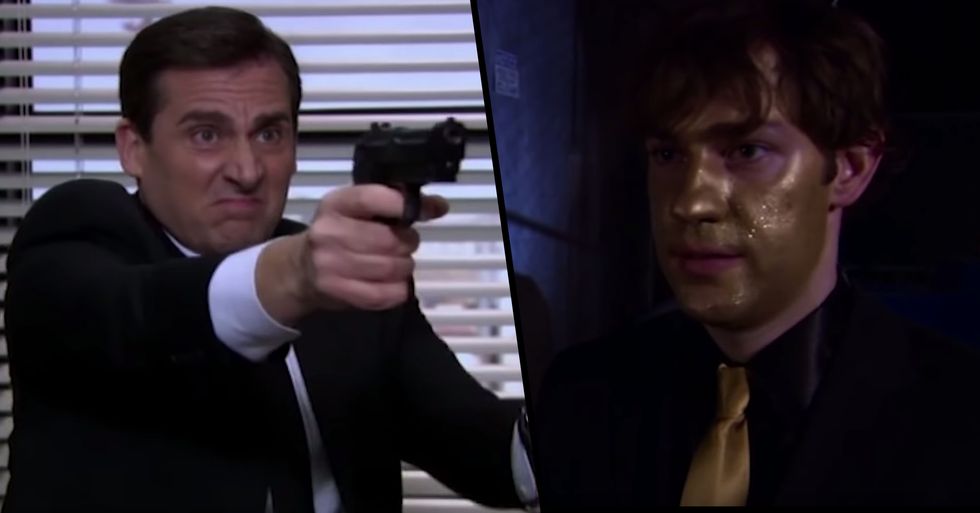 Because it has been announced that, after much fan outcry, the mythical Michael Scott movie Threat Level Midnight is finally available to watch.

It was aired from 2005 to 2013, and is still available on a variety of streaming sites. This means, even though it has ended, it’s never really left the cultural zeitgeist.

Despite finishing almost 6 years ago, fans have remained loyal. The Office-based humour has a good presence on the internet, and the show will likely continue its reign of popularity for years to come.

Its high-quality humor is one of the reasons for its ongoing popularity.

The relationships between the characters. A firm fan favorite was the will-they, won't-they romance between reluctant salesman Jim and shy receptionist Pam.

Every so often, Office fans will get some never before seen info or a behind-the-scenes secret - even a card game or a podcast! But things just weren't the same.

Because NBC have recently revealed some very exciting news for Office fans.

Fans of the show have long enjoyed one very specific aspect.

Michael Scott created a movie within the show called Threat Level Midnight - and it is absolutely hilarious.

The main character is Michael "Scarn."

And he is fighting against his mortal enemy, Goldface, who is trying to sabotage an NHL game.

In The Office's seventh season, we get to see some parts of the movie - but it wasn't available to watch in full, until now.

And fans are very excited.

"This is literally the best Christmas present I could have ever asked for,"commented one viewer.

And others have made one salient point.

"If this doesn't get nominated for a Dundie Award we gonna have a problem," joked another fan.

New Office content is always a winner - but this is particularly incredible.

So, without further ado...

We present Threat Level Midnight. Happy viewing! Fancy learning about another popular reboot? Keep scrolling for all the details on the Saved by the Bell reunion.