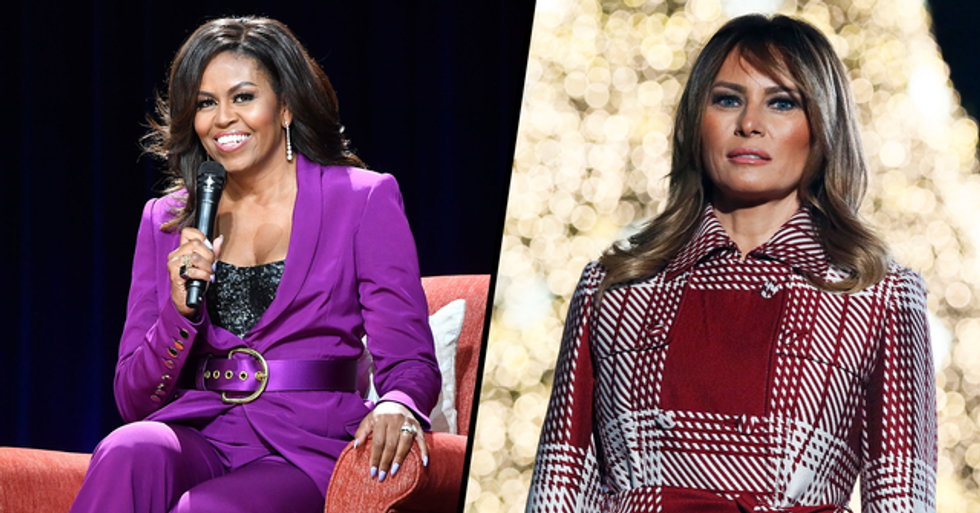 We all knew that the First Lady, Melania Trump, had big boots to fill when she moved into the White House - Replacing a woman like Michelle Obama is no easy task!

And now, nearly 3 years into her stint in the White House, it is evident that Melania hasn't been able to live up to Michelle's legacy, as she has again fallen behind her in the vote for the "Most Admired Woman." That one's got to sting...

Keep scrolling for more on that and for the full list of truly admired ladies.

Her predecessor to the title of First Lady, Melania Trump, had very big boots to fill.

The day President Trump was inaugurated was a taut one...

The Obamas and the Trumps are like chalk and cheese, and the whole world could see it.

Melania has done her best to fulfill all formal First Lady duties...

She's supported her husband, she's stood and smiled prettily at public events, she's even shaken hands with world leaders... But it's not enough.

Replacing Michelle Obama was never going to be an easy task...

And Melania has continuously struggled to live up to Michelle's legacy, with many criticizing the former-fashion model for being too cold and lacking in compassion and personality.

And now, the people have spoken.

Gallup have conducted their annual survey, in which influential men and women are ranked on their admirability.

Michelle came out on top, knocking the current First Lady back into second place.

She secured 10 percent of the vote...

Michelle, we love you, we miss you... Please come back! If you still need a bit of convincing as to why Michelle is completely amazing, keep scrolling to read about the time she dressed up as Beyonce...