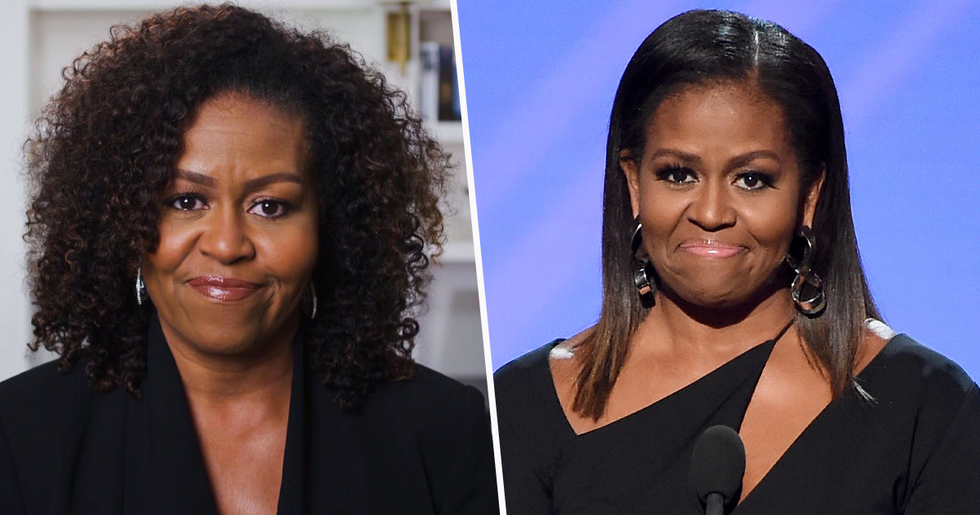 Michelle Obama has always been pretty candid about her feelings but in her latest podcast she opens up entirely, giving an in-depth look at what's really going on in her world.

She is truly making waves in breaking the stigma of depression, proving it can affect anyone.

And that includes talking about her own mental health.

And she got very specific about one of the things taking its toll on her.

If we want to keep making progress on issues like racial justice, we’ve got to be willing to start hard conversatio… https://t.co/OzqrpVrlPP
— Michelle Obama (@Michelle Obama)1595876540.0

“I have to say that waking up to the news, waking up to how this administration has or has not responded, waking up to yet another, um, story of a Black man or a Black person somehow being dehumanized, or hurt, or killed, or falsely accused of something, it is exhausting," she said. “And it has led to a weight that I haven’t felt in my life, in a while."

Michelle said that to cope with these feelings, she's trying to stick to a routine.

As well as stressing the importance of taking a step back from social media and turning off your phone.

Despite having a routine, she admits that there are times where she has felt “too low" to stick to it.

Can't wait for you to hear my conversation with my friend and confidante @michele_norris. We talked about how we’re… https://t.co/erqi63o6l6
— Michelle Obama (@Michelle Obama)1596571402.0

"I try to make sure I get a workout in, although there have been periods throughout this quarantine, where I just have felt too low," she said. “I’ve gone through those emotional highs and lows that I think everybody feels, where you just don’t feel yourself."

Ms. Obama described the change as being a “direct result of being out of body, out of mind."

She continued: “These are not fulfilling times spiritually."

She has been navigating these troubling times by spending more time with her family each night, which she said has helped.

As well as being kinder to herself and accepting her feelings.

She acknowledged that we are “living through something that no one in our lifetimes has lived through."

But highlighted that we as a nation have “been through tough times" before.

Check out her full episode below...

For more on the Obamas, scroll on to check out their stunning vineyard estate...