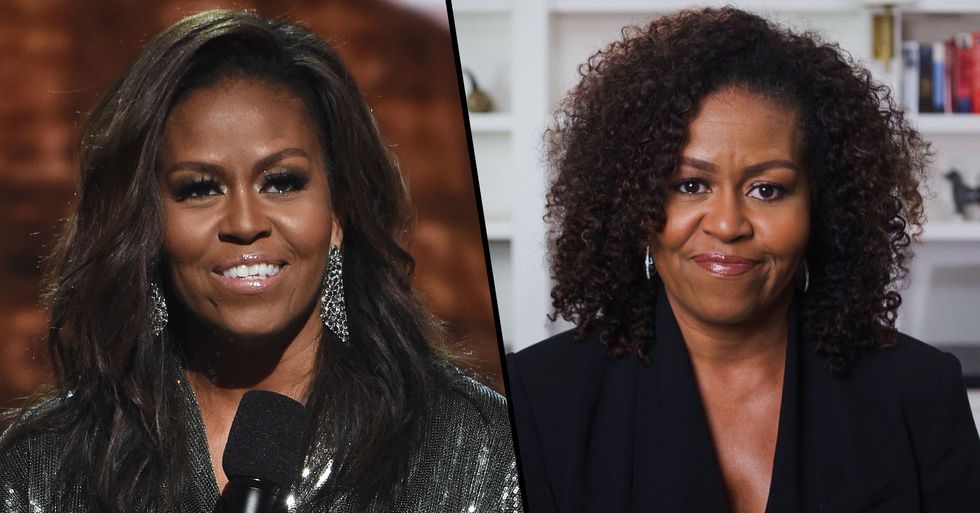 Michelle Obama has opened up about her mental health on her podcast this week, and she got very candid...

And that includes talking about her own mental health.

And she got very specific about one of the things taking its toll on her.

“I have to say that waking up to the news, waking up to how this administration has or has not responded, waking up to yet another, um, story of a Black man or a Black person somehow being dehumanized, or hurt, or killed, or falsely accused of something, it is exhausting," she said. “And it has led to a weight that I haven’t felt in my life, in a while."

Michelle said that to cope with these feelings, she's trying to stick to a routine.

And also stressed the importance of taking a step back from social media and turning off your phone.

“The thing we have to remember is, we’ve been through tough times in this nation."

“We are in a unique moment in history. We are living through something that no one in our lifetimes has lived through," she added. For more on the Obamas, scroll on to check out their stunning vineyard estate...