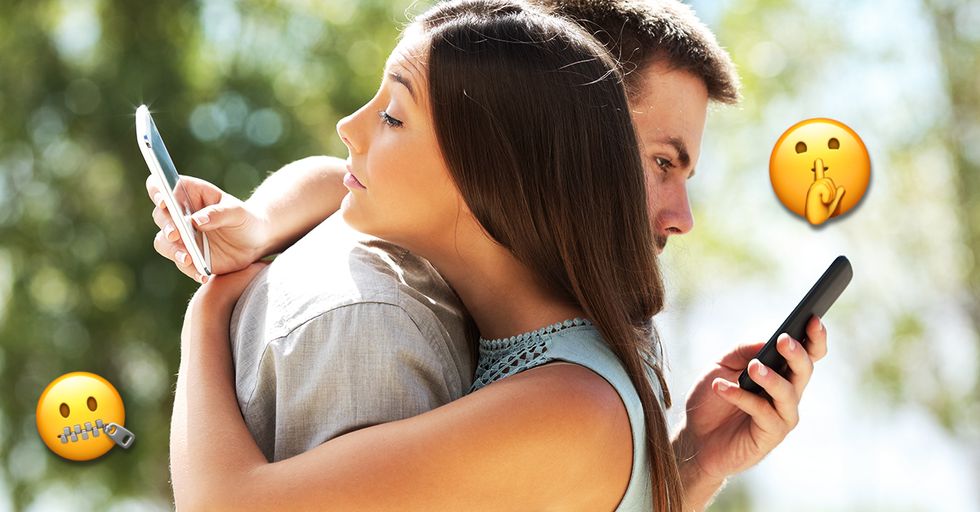 Obviously, being in a relationship is hard work. Unfortunately, the newest dating trend of micro-cheating may make it even more difficult. It's a new term for behavior that has been prevalent for years, but which is considerably more insidious as our lives become more and more plugged into social media.

You might even be engaged in micro-cheating right now and not even notice it.

It's tricky to keep up with all of the various dating trends that have come on the scene over the past few years. First, there was ghosting.

That's when someone you've been texting and/or hanging out with disappears without a trace. There's no warning or apparent inciting incident; they're simply gone. Just like that.

I guess we all decided ghosting was too harsh because we then moved on to breadcrumbing.

A slightly less awful version of ghosting, breadcrumbing is when you continue reaching out to someone even when you're not super interested. It may seem like you're being nice, but it still sucks to be on the receiving end.

And then there's submarining.

That's when someone disappears without a trace (à la ghosting) but then miraculously reappears and suddenly wants to know everything about your life.

Finally, there's "zombieing," which is actually pretty similar to "submarining."

Again, someone who has left your life suddenly returns from the "dead" and wants back in your life. The main difference between zombieing and submarining is that relationship submarines will typically try to provide some sort of explanation for their absence while zombies will just pretend nothing even happened. Dating is hard, y'all.

And it's only getting harder. There's a new dating trend these days, and you might be guilty of it without even knowing.

It's called "micro-cheating," and you might be doing it right this very second. So what is it, exactly? I'm glad you asked...

According to dating expert Melanie Schilling, micro-cheating is "a series of seemingly small actions that indicate a person is emotionally or physically focused on someone outside their relationship."

That might include things like texting someone without your partner's knowledge. Sure, nothing physical is going on and your texts might be 100 percent innocent, but the action itself is at least slightly shady.

Another example of micro-cheating is saving someone under a fake name in your phone.

Again, it's just kind of questionable, even if there isn't any direct evidence that you're being unfaithful. The next instance of micro-cheating typically comes into play when you're out on the town.
Neglecting to mention you have a significant other is another of those things that certainly isn't full-out cheating, but is toeing the line of emotional cheating. Obviously, you don't have to start every interaction with some by shouting "I AM NOT SINGLE!" but you should be honest about your relationship status rather than referring to your partner as your "friend."

Having a bunch of inside jokes can also be a sign of micro-cheating.

Bonding over inside jokes is sometimes a sign of having a connection with someone that's deeper than your partner may be comfortable with. Does it mean you're an awful person who doesn't deserve love? Of course not. But it is behavior that you might want to examine closely before allowing it to continue.

If you feel like you might be guilty of micro-cheating (or if you suspect your partner of doing it), don't panic! It doesn't mean the end of your relationship.

Micro-cheating is most dangerous when it's part of a pattern. So if you find yourself (or your partner) repeatedly exhibiting signs of micro-cheating, it may be time to have a real conversation about it. Above all, it's important to remember that relationships are built on communication. Don't jump to conclusions; have conversations.