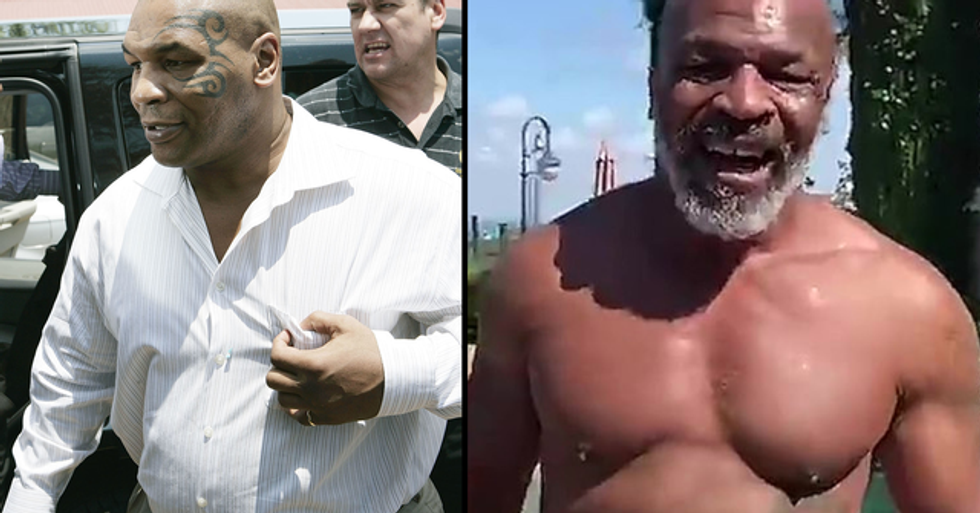 But, in a recent pic posted online, Tyson has proved he very much still has it!

In 2005, Tyson stepped into the ring for the very last time. After a series of mishaps in his life - serving a prison sentence for sexual assault and biting off an opponent's ear, just to name a few - a lot of people argued that Tyson had lost his game, despite remaining the heavyweight champion of the world.

After years of substance abuse, Tyson now admits to using medicinal marijuana to relieve his muscle pain. Having found his new passion, in 2016, the former heavyweight champion launched "Tyson Holistic," which sells a number of marijuana products and merchandise.

Twenty acres of the land will be dedicated to growing.

One of the main aims of the Ranch is to implement new and cutting-edge technology to aid the on-going research on medicinal marijuana and its many health benefits.

The resort's aim is to employ and empower veterans and will help to conduct research that investigates the benefits of cannabis upon their return from deployment.

The marijuana revolution has begun! Sadly, there has been no official opening date for Tyson Ranch, though we have a feeling it could be sooner rather than later...

However, this relaxed new lifestyle doesn't seem to have slowed the former boxer down too much.

The true love of Tyson's life appears to be his dog, Mars.

The pair are often seen together on Instagram - but their latest appearance has got the whole internet talking.

Like the rest of the world, he's currently in coronavirus quarantine.

And he's spending it with his very best friend.

Doing what Mike Tyson does best.

Boxing, of course. And boy, does he look like a worthy opponent!

He looks to be in amazing shape - and he's shared his secrets.

"When I was training for fights – a lot of meat, cheese, bread. I devoured everything besides pork. I used to eat a lot," he explained.

"As I got older I didn't like the way I was feeling."

"I had a lot of arthritis, joint problems and I was morbidly obese."

He credits his ripped bod to a healthy vegan diet.

(Plus a ton of boxing training, obviously.)

We certainly wouldn't cross him!

And Tyson isn't the only celebrity in quarantine - scroll on for the full list.