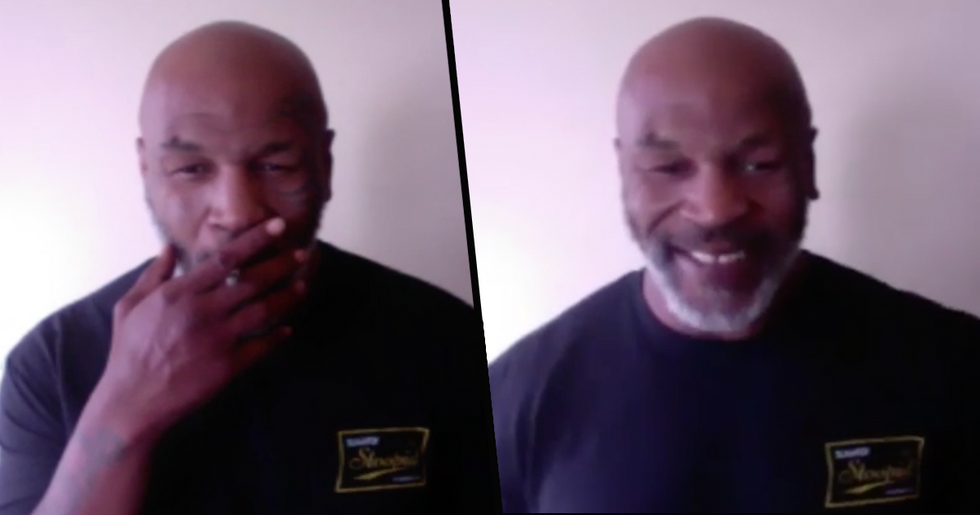 Having retired from boxing over a decade ago, Mike Tyson has ventured into the medical marijuana business, working on his "Tyson Ranch."

In his latest interview, the sports star just couldn't help but spark up before the questions started rolling in, and the result is hilarious.

I don't think he's ever looked that content... Keep scrolling for the video.

Some have a passion for gaming... Mike Tyson on the other hand, can't get enough of the green stuff.

His most recent interview celebrating 4/20 has been released, and the video has left everyone with a lot of questions...

As well as being a vacation resort, Tyson Ranch will also sell their own marijuana products and merchandise. There's no doubt that Tyson really believes in his products. His latest video just goes to show the dedication he's put into his business.

And he's happier than ever!

Yesterday, the boxing legend celebrated the biggest weed holiday of the year.

The marijuana advocate and entrepreneur honoured the controversial holiday in the best way...

He fired up a joint of course! And after a sufficient inhale of his own brand, Tyson went on to explain why the day was so important to him.

While Tyson Ranch was launched a while back, the fifty-three-year-old still swears by the stuff, raving that it changed his life.

He views 4/20 as an important day because to him, it symbolizes the beginning of the "revolution" to de-criminalize weed globally.

In between puffs, Tyson let slip who his dream smoking buddy would be...

You guessed it, Bob Marley, I mean how could it be anyone else?

Sadly, while he'd love to spark up with the king, he passed away a long time ago.

Tyson said: "He is such an amazing man, I wish I had the opportunity to meet him," he's even met Marley's kids, spending time with them at Bob's home in Jamaica! Take a look at his video below...

Some people celebrate thanksgiving, while others...

Celebrate 4/20, but if it makes him this happy is it really a bad thing? Keep scrolling to watch Willie Nelson get serenaded by Bob Marley's son... This is a livestream you're not going to want to miss!