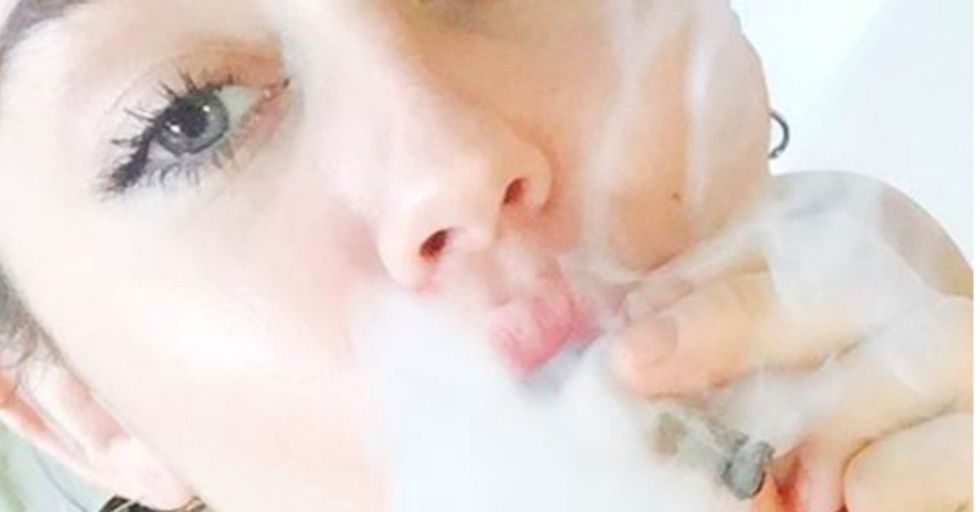 Well, it's not really that surprising, but it certainly is un-Miley-like reason seeing as growing up in the public eye, we've seen a lot of different versions of the young star.

We've seen Miley grow up on TV as Hannah Montana, and go through all the growing pains and image changes people go through in private in the public eye. According to Billboard, Miley has changed her identity once again, and is now going through a country phase, along with some other changes.

In the May issue, Miley opens up about her journey and the challenging path she had to take in order to discover her true self.

The singer got real about having to deal with her past use of drugs and alcohol, which were a huge part of her brand.

Cyrus divulged to reader, "I haven’t smoked weed in three weeks, which is the longest I’ve ever (gone without it)," she said. "I’m not doing drugs, I’m not drinking, I’m completely clean right now!"

Commenting on sober life, Cyrus said it's been, "f*cking easy," because she truly wanted to do it on her own accord.

"But if anyone told me not to smoke, I would have not done it," she explained. "It’s because it was on my time. I know exactly where I am right now."

The singer claimed she had to work on herself but also change the crowd of people she had around her.

"I like to surround myself with people that make me want to get better, more evolved, open," she said. "And I was noticing, it’s not the people that are stoned. I want to be super clear and sharp, because I know exactly where I want to be."

One of those people in her circle is her fiancé Liam Hemsworth; the famous couple reunited last year after breaking up in 2013.

“I needed to change so much. And changing with someone else not changing like that is too hard," Cyrus said about the breakup. "Suddenly you’re like, ‘I don’t recognize you anymore.’ We had to refall for each other."

Her new single, "Malibu," is on her upcoming album that she did most of the writing for. It's a country style love song for Hemsworth.

“This record is a reflection of the fact that yes, I don’t give a f*ck, but right now is not a time to not give a f*ck about people," she said. “I’m ­giving the world a hug and saying, ‘Hey, look. We’re good — I love you.’ And I hope you can say you love me back." You can read the full interview here.