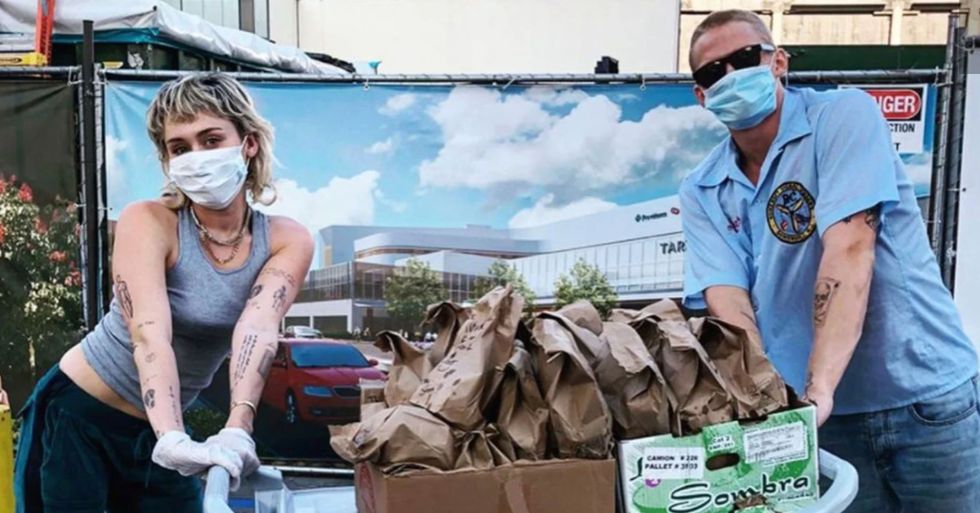 Miley's had a whirlwind few months. First, fans were freaking out after photos of the star looking worryingly skinny emerged. Then, Miley was caught making out with Cody Simpson. Then she confirmed that he is, in fact, her boyfriend. Then she was hospitalized with Cody rushing to her side, and she cut her hair into a mullet (check that out at the end). Oh, and she's been going through a highly publicized breakup from her husband, Liam Hemsworth, on top of all this.

But it seems Miley and Cody have traded scandal for do-gooding. Read on for their amazing gesture.

Not quite the romantic gossip we wanted, but it's adorable nonetheless. An E!News insider revealed the information after seeing the pair for a "brief moment."

Miley admitted that Cody is actually her boyfriend.

Since then, Cody and Miley have been going strong.

But their latest move has the whole world falling in love with the pair.

The world is a pretty strange place right now.

So Cody and Miley have decided to do their bit to help.

The two have been offering a good deed to healthcare workers at their local hospital.

And the way they're showing their affection? With tacos, of course!

"During a pandemic, we have to show love and support to all the healthcare workers doing their amazing job."

"So, we are doing a big taco delivery to a local hospital."

"Tacos for the incredible healthcare workers at our local hospital!"

"So grateful for these true legends of our time dedicating their lives to battling this pandemic."

"Show some love to yours in your community!"

What a brilliant idea.

And for more from Miley, scroll on for her controversial hair cut ...