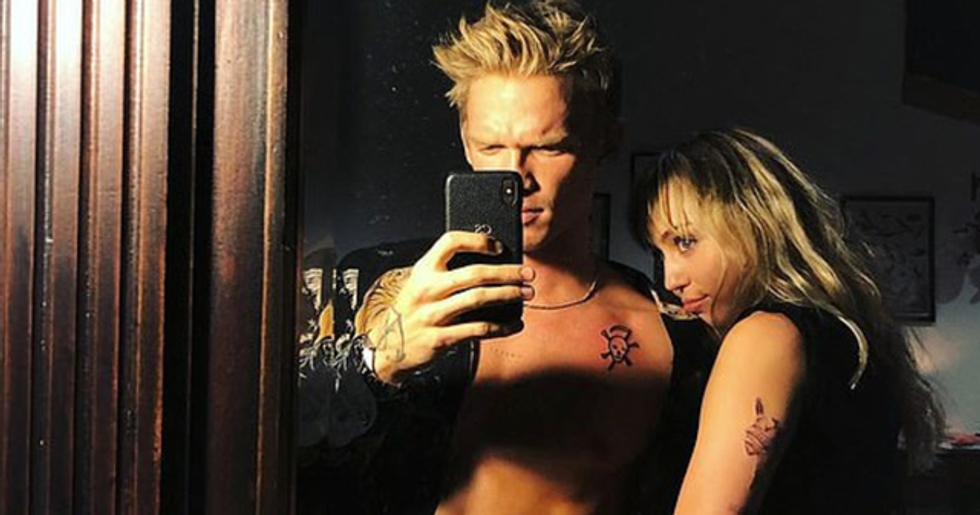 But there was one costume that grabbed headlines for all the wrong reasons. You have to hand it to Miley Cyrus - she sure knows how to get attention.

But there was one costume that really got the internet talking.

Miley Cyrus is no stranger to controversy - and her relationship with Cody Simpson has a lot of her fans feeling a little off-put. She was married just a couple of months ago, after all.

Miley and Cody went for a couple's costume.

They went for a slightly offbeat choice, with Cody dressing as '80s pop sensation Billy Idol and Miley filling the role of his girlfriend Perri Lister.

And many people thought this was in pretty poor taste.

Miley and Cody have only been dating for about a month - and rocking these jackets claiming it's "4-ever" have many wondering if they're jumping the gun.

People also questioned whether there was an ulterior motive for this very public display of affection. This shot of Cody grabbing Miley's butt was a little too intense for some.

Perhaps there was a particular audience in mind?

Like, for example, very recently-ex husband Liam Hemsworth? Either way, this makeout sesh was something many Miley fans did not want to see!