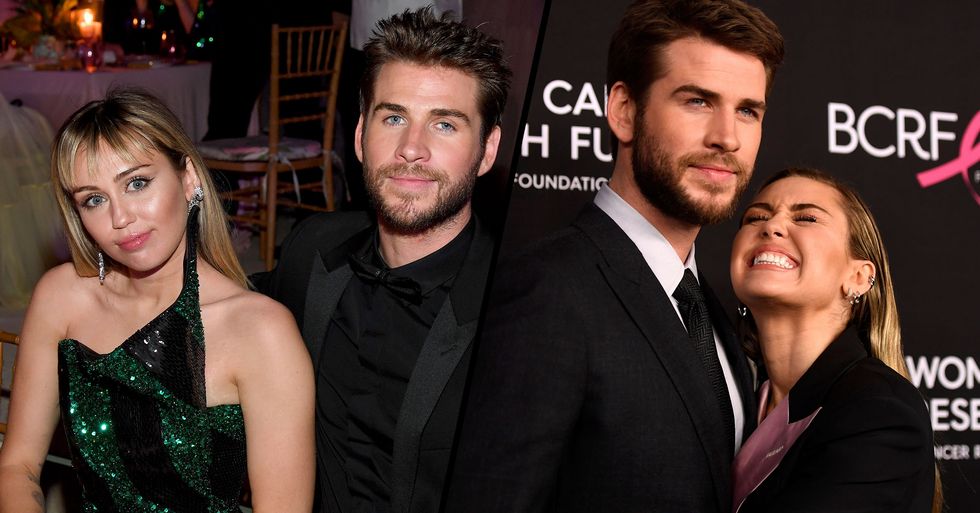 Miley Cyrus and Liam Hemsworth have been on one hell of a journey, to say the least. Even though they announced that they were getting divorced, we were holding out for a change of heart. But as both of them move onto the next part of their lives without each other, we were slowly losing hope.

But finally, it's been reported that they have finalized their divorce.

Keep scrolling to see why Liam decided to keep quiet about the breakdown of their relationship while Miley was open about it... It's pretty heartbreaking.

Obviously, we wouldn't expect anything less. She continued, "I always thought I had to be gay because I thought all guys were evil, but it's not true. There are good people out there that just happen to have d**ks. I've only ever met one, and he's on this live." Big yikes!

All the while, Liam kept pretty quiet on his social media about the entire exchange or any part of their relationship... Keep scrolling to find out why he purposely did this.

Miley had been making some questionable choices during that time...

Remember when she did this?

The account recorded their intentions to marry the star this year - and Miley had a pretty savage response for them.

We guess after the relationship she had with Liam, maybe Miley has started having less faith in the institution of marriage? Either way, this has gotta hurt Liam's feelings...

This post basically summed up why Liam refused to comment on the issue. All we can do is wish them the best. We hope they find the happiness they both deserve.