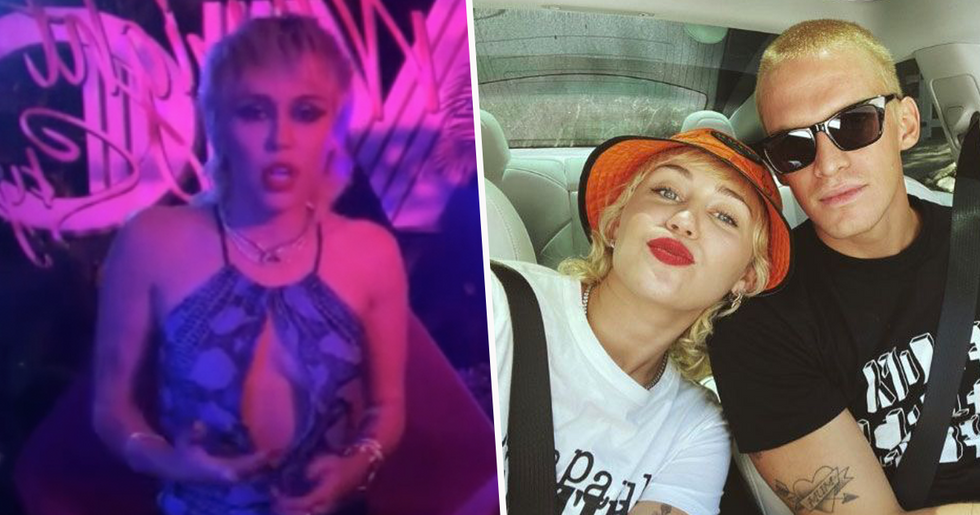 Upsetting news of Miley's split with Cody Simpson is the latest headline to blow up in the star's life, and fans have been made to feel pretty uncomfortable during her tell-all in an Instagram Live...

Miley has gone through a lot of ups and downs in recent years.

Her love life has long been a source of gossip, but after meeting Cody it seemed as though things started to settle down for the star.

After such a high-profile divorce, she seemed to move on pretty quickly.

Sadly, it turns out the pair have called it quits after almost a year together.

Miley decided to reveal all in an Instagram live, which has made fans of the star rather uncomfortable... Scroll on for the vid...

It can't be easy being Miley.

This marks her second high profile breakup in as many years.

The fact her new relationship has also broken down.

Which has left everyone shocked.

People don't seem to know why!

Surely these two can work it out!

It's sad news for everyone deeply invested in their relationship.

It didn't seem to make sense.

Just earlier this month, Cody hit Instagram Stories posting a photo of them together, writing: "in love with my best friend."

Miley decided to clear up the confusion.

Saying that they plan to remain friends.

Despite their breakup, it doesn't look like the pair are on bad terms as Cody remains fully supportive of Miley's work, even posting this on his story...

As news of the breakup coincided with her new single, fans think her latest instagram post was about their relationship...

Could this be about their split?