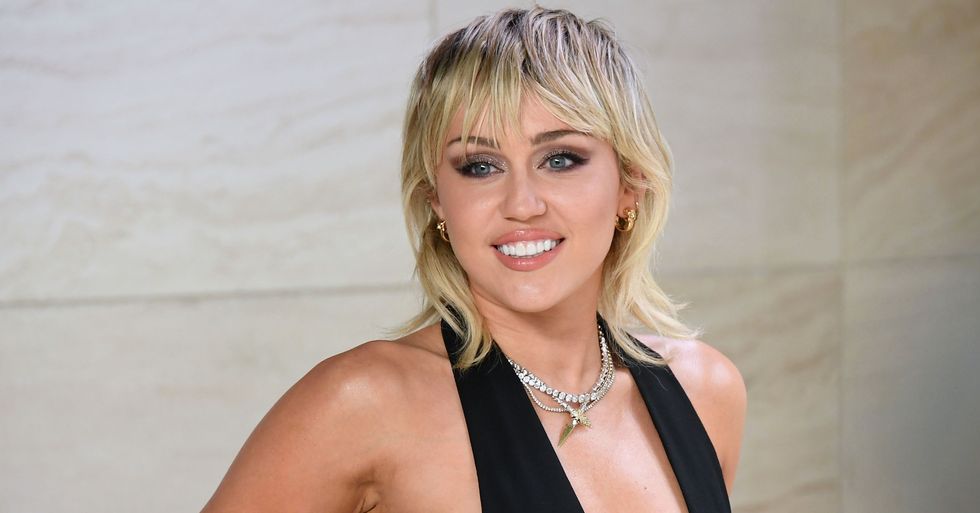 Miley Cyrus fans have been left shocked and claiming the star "needs Jesus" after she posted an X-rated video to her Instagram this week. The video is so shocking, that fans are convinced the singer uploaded it accidentally.

They really didn't hold back...

Miley Cyrus has had an interesting life.

But this week the star has opened up about a part of her life away from the glitz and glam...

And she made a shocking confession.

But the star later retracted her apology for the controversial Vanity shoot...

The singer released 2 albums while starring in Hannah Montana - producing several singles, including the popular 2009 hits "Party in the U.S.A.," and "The Climb".

Of course, we all know how that ended...

Miley also dated old flame Cody Simpson - but it seems that didn't work out either.

Soon after her Disney-induced fame, the pop powerhouse began to drastically move away from her PG persona.

We well and truly kissed goodbye to Hannah Montana when the star debuted her bleach blonde pixie cut in 2012, marking a change of direction for the singer...

The star's single, "We Can't Stop," from her fourth album Bangerz, showed us a different side to the then twenty-one-year-old.

As well as for her music videos...

Around this time, the star attracted headlines for her rebellious antics, too.

From smoking marijuana to getting tatted up, she was hot tabloid news.

But recently, the star opened up about cleaning up her act...

And she revealed the personal reasons as to why.

During the interview, she revealed that she has been sober for 6 months now.

She explained that family and mental health struggles had a part to play in choosing to go sober.

"My mom was adopted, and I inherited some of the feelings she had, the abandonment feelings and wanting to prove that you're wanted and valuable."

"My dad's parents divorced when he was 3, so my dad raised himself. I did a lot of family history, which has a lot of addiction and mental health challenges."

She went on to praise her experience in therapy.

"So just going through that and asking, 'Why am I the way that I am?' By understanding the past, we understand the present and the future much more clearly. I think therapy is great."

Miley did admit that it could be challenging to be sober as a young person...

But the advantages completely outweighed any kind of peer pressure. "It's really hard because especially being young, there's that stigma of 'you're no fun.' It's like, 'honey, you can call me a lot of things, but I know that I'm fun.'"

Not to mention the hangovers...

But it seems that's not all.

A photo from before lockdown seems to have also given the star a nudge into sobriety.

The star spoke to Australian radio show, Nova 96.9’s Fitzy & Wippa about the snap in question.

"I went and performed at the Morrison hotel anniversary with The Doors," the former Disney star explained.

"I ended up going out that night, and I went to take a picture because there was so many icons, Billy Idol, all these legends."

But it seems things didn't go to plan.

"I go to take a picture, and it was on selfie-style."

Miley explained how "horrible and sweaty" she looked in the picture.

"With all this partying, I looked horrible, sweaty and flat, mascara dripping down my face and I thought well it’s time to go home!"

Shortly after the picture in question...

The picture has even inspired her new song.

The star admitted she drew inspiration for her new track "Midnight Sky" after the wild night out, writing the lyrics: "it’s been a long night and the mirror’s tellin’ me to go home."

But, fans are convinced she can't possibly be sober.

And it's all thanks to a video the star posted (quite possibly accidentally) on her Instagram yesterday.

So, what is all the fuss about?

You can watch the clip in question on her Instagram here and see for yourself.

For more on Miley...

Scroll on to find out why she's caused outrage for a dress she recently sported.