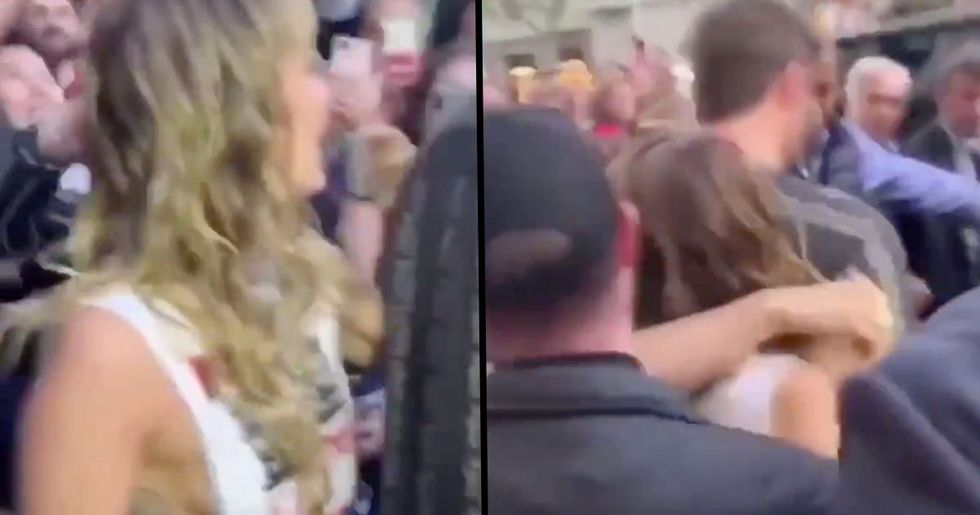 Celebrities are no stranger to flashing cameras, countless headlines and pretty much zero privacy, but what about when their own fans cross the line?

Fans have had a long history of getting way too up-close-and-personal with celebs - from Avril Lavigne claiming to receive a dead rabbit as a gift from an obsessive fan to Britney Spears's stalker, many of our favorite stars have had unfortunate incidents with crazed "fans".

Now, it seems that singer, Miley Cyrus, is the next victim, and, of course, Twitter has had something to say about it...

The then thirteen-year-old starred alongside her country singer dad, Billy Ray Cyrus, in the hit show Hannah Montana, which debuted in 2006. The star played a grade-school student who lives a double life as an international pop star. The series had a four-year run until, much to fan's disappointment, filming stopped in late 2010

But the star recently retracted her apology for the controversial Vanity shoot...

Just last year, a decade on from the photo-shoot, the singer took to Twitter to say that she's no longer sorry about the shoot.

The singer released two albums while starring in Hannah Montana - producing several singles, including the popular 2009 hits "Party in the U.S.A.," and "The Climb".

In the same year that we waved goodbye to Hannah Montana, the star began her on-off relationship with now-husband, Liam Hemsworth.

The two first met on the set of Nicholas Sparks's film, The Last Song, in 2009, where they starred opposite each other as love interests.

In 2012, the pop powerhouse debuted that infamous bleach blonde hair...

We well and truly kissed goodbye to Hannah Montana when the star debuted her bleach blonde pixie cut, marking a change of direction for the singer...

The star's single, "We Can't Stop," from her fourth album Bangerz, showed us a different side to the then 21-year-old. As well as for her music videos, around this time, the star attracted headlines for her rebellious antics, too. From smoking marijuana to getting tatted up, Cyrus was hot tabloid news.

Two years later and Cyrus and Hemsworth are back on.

After a rocky few years, the pair got back together in 2016, much to fan's joy.

A clean slate for the star...

In 2017, the pop sensation announced that she was done with drugs, putting the wild Miley behind her. Last year, the fresh-faced singer also released her popular hit, "Malibu," a love song about her relationship with Liam Hemsworth.

She also became a judge on The Voice US.

The star joined the hit US reality show for its tenth season.

After the ceremony, the star posted images of the happy couple to her Instagram.

Most recently, the singer has been in Barcelona, appearing at the Primavera Sound Festival.

Barcelona is one of many pit-stops in a string of festivals that the star is performing at this year.

The appearances come during the release of her highly-anticipated latest album, She is Coming.

The singer has been teasing its release for some time.

All was well and good until a fan majorly crossed the line...

In a video that surfaced online, a fan can be seen trying to kiss and "grope" the star, as she and Hemsworth tried to get into their car on Sunday.

People have been taking to Twitter to call out the "assault".

One user wrote how celebs are not "just a thing you can grab".

Some were even blaming the security...

One Twitter-user urged the star to "hire more security that can actually do the job".

Others called the behavior "disgusting".

This Twitter-user wrote how disgusting the fan acted towards the star.

Another called out how aggressive the fan was...

In response to the video, this Twitter-user wrote how the fan was "too aggressive" and that the incident was "ridiculous".

Though the video is spreading like wildfire online, the singer is yet to comment on the incident.